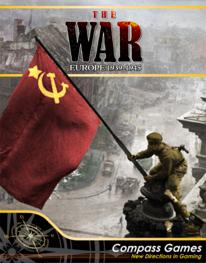 WWII strategic level game. Although not a card driven game (and thus a good candidate for solitaire play), TW includes card play for the U-Boat War, Strategic Bombing, Espionage and Counter Espionage and naval warfare. The cards add elements of bluff and surprise more traditional hex-and-combat-table games cannot. TW isn’t a simulation and isn’t intended to be. It’s a "gamer’s game" with quick, user-friendly combat systems on land, in the air and at sea. Veteran gamers familiar with classic WWII strategic level games should pick up the game very quickly. 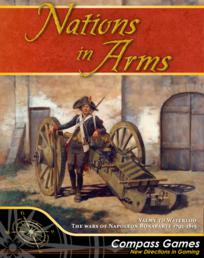 French Revolution and the legend of Napoleon in Europe, from 1792 to 1815, 24 years of warfare at the strategic level. Each game year is broken into four interactive, seasonal turns. Nations in Arms features a one-turn tutorial scenario, four epic campaign scenarios, and five smaller scenarios. 2 to 7 players 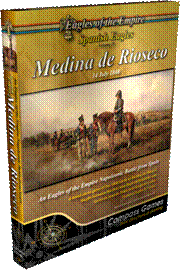 The Battle of Medina de Rioseco, 14 July 1808, was fought during Napoleon’s War in Spain between two Spanish Armies under the commands of General Joaquín Blake and General Gregorio García de la Cuesta, and Marshal Jean-Baptiste Bessières in which the Spanish force was defeated after a closely fought, but determined assault by the French. Medina de Rioseco was the sole French triumph in the initial invasion of Spain, which failed to seize the country, ultimately requiring a fresh campaign by the Grand Armée under the command of Napoleon himself to (temporarily) secure Spain. Medina de Rioseco is the sixth game in the Eagles of the Empire series, and is a stand-alone add-in battle to Spanish Eagles (Talavera, 27th and 28th of July 1809, and Albuera, 16th of May 1811.) and is completely playable by itself. Medina de Rioseco features both a historical and alternative battle that allows players to recreate the engagement as it was fought or to bring in additional Spanish forces available but not present at the battle. Game design by Brien Miller and Mark Searle.

Coming back in stock in October! 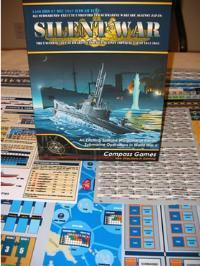 Silent War is a solitaire simulation of the United States' submarine war against Imperial Japan during the Second World War. The scenarios allow players to recreate various stages of the war or the entire campaign. In each of these scenarios, the player takes on the role of Commander Submarines, US Pacific Fleet (ComSubPac), deploying available submarines from either Pearl Harbor or Brisbane in order to attack the Japanese Navy. Additionally, in the patrol game, using single submarines, players can recreate some of the war's most famous patrols. The amount of flexibility the game allows the player is tremendous, a single submarine patrol can be completed in 10 minutes, the various campaigns can be completed in 10 or more hours depending on which campaign you play and your progress as commander. Every American submarine that was deployed to the Pacific in World War II has its own oversize easy to handle counter in the game. Each counter has the correct side view illustration in color for that class of submarine. The game map covers the huge expanse of the Pacific Theater of submarine operations from the Aleutians to Australia and from Samoa to the Sea of Japan! The map encapsulates most of the information a player needs to play, with a unique set of easy to use graphic charts. The rules will have the player running his first submarine patrol within 45 minutes of opening the game box! Special rules include American torpedo improvement, ultra, submarine repair and readiness, wolf packs, campaign and combat events, war progress, patrol and search, TDC solutions, merchant shipping, Japanese battleship doctrine, two player rules and so much more! Can you as a submarine fleet commander best the historical submarine commanders and sink more ships and tonnage than the American commanders or will you wash out and be retired to a desk job? Can you bring the Imperial Japan to its knees with only limited resources at the war's start? Only three times in history has such a campaign been waged, and each time this cold strategy has inflicted immense loses on an enemy nation. But only once has such a battle been waged to complete and utter success. Can you replicate the American success? Maybe the formal instrument of surrender that ended World War II in the Pacific should have been signed aboard the USS Gato, not the battleship Missouri, for no type of warship in the history of naval conflict had so decimated an enemy state as the submarine. You can understand why by playing this unique and exciting solitaire game of Pacific World War II submarine strategy and combat! In each game you get: Beautiful graphic map of the Pacific, large colorful die-cut counters, rules and scenario books, easy to use charts and, above all, a time machine to explore this compelling Silent War…
Posted by ACD Distribution at 1:00 PM