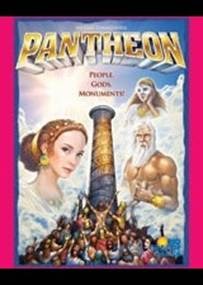 RIO449
Pantheon
$39.95 SRP
2-4 Players
Ages 13+
60-90 Minutes
One civilization declines, another awakes! With their God‘s blessings, each civilization experiences its own great flowering. The surrounding civilizations offer rich booty and the Gods support those who worship them and build great monuments to their glory. In PANTHEON, 8 ancient civilizations emerge, but not always the Romans after the Persians and the Egyptians before the Greeks. Each civilization has its own unique characteristics and good players will use these to their best advantage. 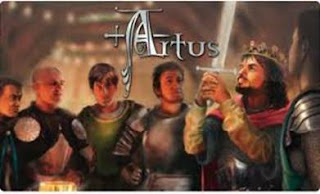 RIOA39
Artus
$34.95 SRP
2-4 Players
Ages 13+
45-75 Minutes
The players lead a group of Knights at King Arthur’s court. They try to continuously increase their group’s prestige by placing as close behind the King at the round table as possible as well as by completing various assignments. But be careful! Those who don’t react quickly enough will soon find their fortunes turning and their Knights back on undesirable seats around the round table again. That can cost a lot of prestige. Since the King keeps changing positions during the game, and since a new King is crowned from time to time, the players are forced to always keep repositioning their Knights around the round table. Let the competition for the best seats begin! The winner is the player with the most prestige points at the end of the game.
Posted by ACD Distribution at 5:37 PM