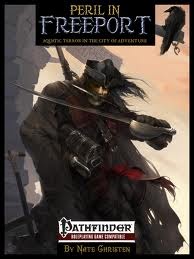 CB75014
PF: Peril in Freeport
$19.99 SRP
Peril In Freeport is a Pathfinder adventure release set in one of the most beloved fantasy cities in gaming: Green Ronin’s Freeport, City of Adventure! For 6th-8th Level Characters. 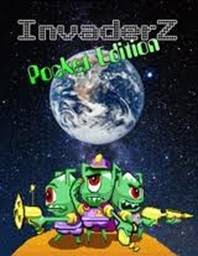 CB75105
InvaderZ Pocket Edition
$17.99 SRP
This is the new, revised, updated and spruced up edition of Invaderz in a convenient, smaller page format. Inside you'll find some extra adventure seeds, a planet guide, the Jerkian Imperial Anthem, new art, rules for playing Jerkian slave races and a generally better presented and more awesome version of Invaderz. 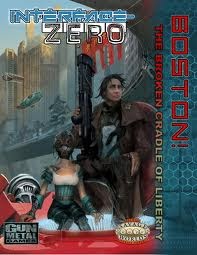 CB76703
SW: IZ: Boston: Broken Cradle of Liberty
$14.99 SRP
One of the hottest Hot Spots of North America, Boston was saved from the encroaching seas by a massive civic undertaking, and declared the capital of Atlantica. Now, in the face of riots and acts of terrorism, the American ‘Cradle of Liberty’ reels under martial law as dissidents protest unpopular decisions in an effort to stoke the flames of rebellion. With soldiers patrolling the streets and violence a way of life, Boston stands poised to either blossom into something greater or be wiped off the map and into oblivion. 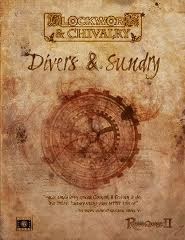 CB76105
RQ2: C&C: Divers & Sundry
$34.99 SRP
Divers & Sundry is a collection of curios for players and gamesmasters of the Clockwork & Chivalry RPG, containing something for both veteran campaigners and those new to the weird and wonderful world of 17th century clockwork and alchemical warfare. Included are new Professions and Factions, new weapons, source material on Scotland, random NPC, village, and adventure seed generators, and a selection of pregenerated characters. 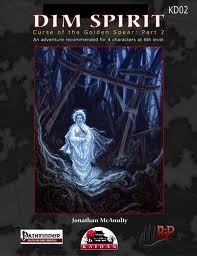 CB76803
PF: Dim Spirit: Curse of the Golden Spear 2
$19.99 SRP
The second of a three part campaign, Dim Spirit is an adventure set in the cursed land of Kaidan and is suitable for a group of 6th level characters. Drawing inspiration from Japanese folklore, and fully compatible with the Pathfinder Roleplaying Game, Kaidan is a land of horror and mystery. In Kaidan, demons stalk the land in human form, the dead seldom rest easy, and life is cheap. This adventure continues the story which began in The Gift, introducing players and game masters alike to the cursed realm of Kaidan.
Posted by ACD Distribution at 9:15 AM