Arriving in the Warehouses Shortly 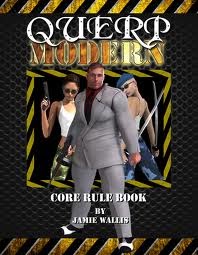 CB77310
QUERP Modern
$19.99 SRP
No orcs, goblins or magic in this core rule book! What you will find is modern warfare, crime bosses, firearms and explosives. And everything you need to run a modern adventure for first time role players or experienced gamers who want to play a light rules gaming session. This book includes firearm rules, several modern character types, a whole host of modern equipment and vehicles as well as a detailed adventure set in war-torn Afghanistan to get you started with QUERP Modern. 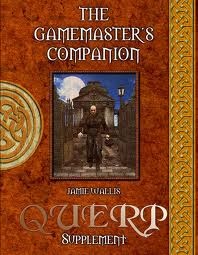 CB77303
QUERP The Gamemasters Companion
$21.99 SRP
This book has been written to introduce new Gamesmaster’s to QUERP but could be adapted to introduce a budding Gamesmaster to any game system. Within these pages you will find a whole host of rules, suggestions and aids to help you create your own game world and write adventures (both campaign and single session), and new monsters to fill them. There is also a blank dungeon map to get you started. Gaming aids include a city generator, a complete list of spells from all of the QUERP books plus many new ones, magic item tables and descriptions and a the first part of a campaign adventure - Realm of the Ice Giants pt1 - with suggestions and tips for writing the second and third parts.
CB77400 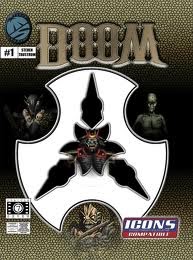 ICONS: Doom
$17.99 SRP
The first of the Misfits & Menaces product line for the ICONS rule system presents DOOM, an organization of supernatural horror and unrepentant evil. Founded through the merging of several ancient dark, mystic, secret societies, DOOM looks to the insane-inspiring Lost Ones for favor by working black magic and even blacker goals towards ruling or ending the world, as their designs strike them. CB77500
Villains and Vigilantes Core Rulebook
$16.99 SRP
The world’s FIRST complete superhero RPG is back! Villains And Vigilantes is legendary among role-playing games for its dynamic random super-powered character generation system, its accessible, open and fast-paced rules, and the imaginative, far-ranging campaign universe created by Jeff Dee and Jack Herman. 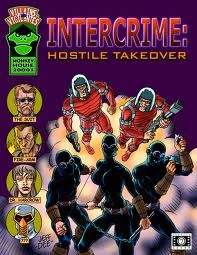 CB77501
V&V: Intercrime: Hostile Takeover
$9.99 SRP
Who are the Firebrands, and who supplied them with the flame-spewing rocket suits they use to perform their dastardly crimes? In this introductory adventure for Villains and Vigilantes™, players are superheroes on the trail of Intercrime—the world-spanning criminal syndicate! This book provides information on Intercrime—the major criminal organization of the V&V™ universe. The first section describes Intercrime’s organizational structure, personnel, and operations. The final section is a complete introductory adventure for a team of 4-6 beginning characters, introducing the players to Intercrime and giving them an opportunity to take out a local Intercrime base! 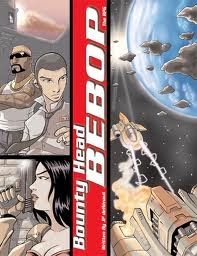 CB77600
Bounty Head Bebop RPG
$26.99 SRP
In a time when the worst criminals and scum run free, the Police have no choice but to hire more Bounty Hunters for help. Are you ready to hunt these villains down? Are you ready to make lots of money? Full of fast-paced action and sizzling drama, Bounty Head Bebop lets you play solar system-spanning anime-style adventures and live the “never say die, say profit” life of the bounty hunters of the ‘far modern’ future. The Bounty Head Bebop RPG is powered by the Inverted 20 system, which uses a single d20 for all rolls and offers a quick and easy resolution, but it’s not rules light—it’s rules quick.
Posted by ACD Distribution at 10:45 AM