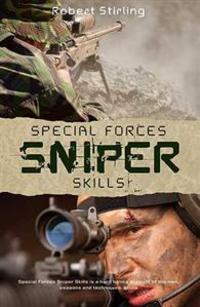 Special Forces Sniper Skills is a hard hitting account of the men, weapons and techniques used to coldly eliminate high value targets on the battlefield. Though many books have become best-sellers through telling one side of the story – a sniper’s experiences, a training manual or a weapons catalogue – none before have combined the whole spectrum of a sniper’s life and skills into one gripping book. This book examines the role of the sniper, and the unique skills employed, when serving as part of a Special Forces unit including the British SAS, the US Navy Seals and the Russian Spetznaz. The book is illustrated with photographs of every aspect of the sniper’s trade and stories from the real-life experiences of the author’s comrades: men who have served in almost every overt and covert conflict since World War II. 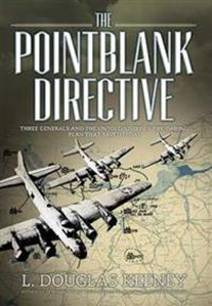 Where was the Luftwaffe on D-Day? Following decades of debate, 2010 saw a formerly classified history restored and in it was a new set of answers. Pointblank is the result of extensive new research that creates a richly textured portrait of perhaps the last untold story of D-Day: three uniquely talented men and why the German Air Force was unable to mount an effective combat against the invasion forces. Following a year of unremarkable bombing against German aircraft industries, General Henry H. “Hap” Arnold, commander of the U.S. Army Air Forces, placed his lifelong friend General Carl A. “Tooey” Spaatz in command of the strategic bombing forces in Europe, and his protégé, General James “Jimmy” Doolittle, command of the Eighth Air Force in England. For these fellow aviation strategists, he had one set of orders – sweep the skies clean of the Luftwaffe by June 1944. Spaatz and Doolittle couldn’t do that but they could clear the skies sufficiently to gain air superiority over the D-Day beaches. The plan was called Pointblank. 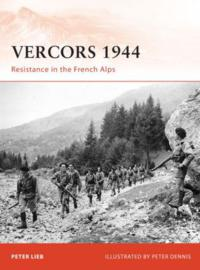 Fighting insurgents has always been one of the greatest challenges for regular armed forces during the 20th century. The war between the Germans and the French resistance, also called FFI (Forces Françaises d’Intérieur), during World War II has remained a near-forgotten chapter in the history of these ‘Small Wars’. This is all the more astonishing as agencies like the British SOE (Special Operations Executive) and the American OSS (Office of Strategic Services) pumped a good amount of their resources into the support of the French resistance movement. By diversionary attacks on German forces in the occupied hinterland the Allies hoped the FFI could provide assistance in disrupting German supply lines as well as crumbling their morale. The mountain plateau of the Vercors south-west of Grenoble was the main stronghold of the FFI, and in July 1944 some 8,000 German soldiers mounted an operation on the plateau and destroyed the insurgent groups there. The battle of the Vercors was the largest operation against the FFI during World War II and the German’s suit and crushing victory has caused traumatic memories for the French that persist to the present day. 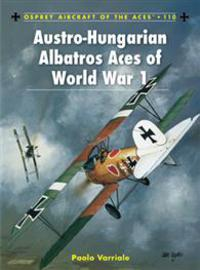 Austro-Hungarian industry produced a series of poor fighter types such as the Phönix D I and Hansa-Brandenburg D I during the early stages of the war, and it was not until license-built examples of the battle-proven Albatros and D II and D III began to reach Fliegerkompagnien, or Fliks, in May 1917 that the fortunes of pilots began to look up. Unlike the German-built Albatrosen, the Oeffag aircraft were far more robust than German D IIs and D IIIs. They also displayed superior speed, climb, maneuverability and infinitely safer flight characteristics. The careful cross-checking of Allied sources with Austrian and German records form the basis for a detailed reconstruction of the dogfights fought by the leading aces. It will also chart the careers of the Austro-Hungarian aces that flew the D II and D III, their successes and their defeats, with additional information about their personal background and their post-war lives in the nations born from the collapse of the Hapsburg Empire. 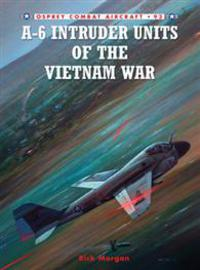 Designed in the years following the Korean War and then manufactured for over 30 years starting in 1960, the A-6 quickly became the most capable attack aircraft in the US Navy’s stable. The first squadron, VA-75, made its initial deployment directly into combat in south-east Asia in 1965, and, over the next eight years, ten US Navy and four Marine Intruder squadrons would conduct combat operations throughout Vietnam, Laos and Cambodia. After initial problems and a high loss rate, the type proved itself beyond all doubt as the Naval services’ best night and foul-weather platform, particularly during the region’s notorious monsoon season. The A-6 Intruder became a true classic of naval aviation over the skies of North Vietnam but the cost was high as 69 Intruders were lost in combat to all causes during the war. This work tells the complete story of these aircraft in combat during the Vietnam War. 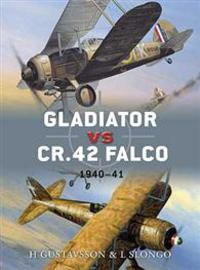 Both the Gloster Gladiator and the Fiat CR.42 Falco represented the peak in the development of the biplane fighter, which could trace its lineage back to World War I. However, by the time both aircraft entered service in the late 1930s, they were already obsolete. Nevertheless, they gave sterling service on all fronts in the Mediterranean and Africa in 1940–41. Indeed, the CR.42 was the Regia Aeronautica’s staple fighter in both North and East Africa, Greece and over Malta in 1940–41, during which time its pilots routinely fought British and Commonwealth squadrons equipped in the main with Gladiator biplanes. Some bitter dogfights were fought between these two types as the Allies attempted to gain control of the skies over North Africa, Greece and East Africa. Both types were flown in the main by highly experienced pre-war pilots, and this in turn made for some closely fought engagements. The first known combat between the CR.42 and the Gladiator took place on 14 June 1940 over North Africa and the last engagement between the two types occurred on 24 October 1941 over the East African front. 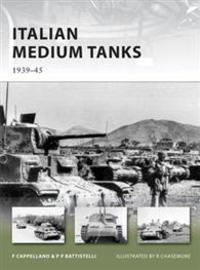 Several factors delayed and greatly hampered the development of an Italian medium tank during World War II. The first was the strategic stance of the country, focused on a war against neighboring countries such as France and Yugoslavia, and ill-prepared for a war in the Western Desert. Since these European countries bordered with Italy in mountainous areas, light tanks were preferred as these were deemed much more suitable for the narrow roads and bridges of the Alps. Furthermore, development was hampered by the limited number of Italian industries, whose production was also heavily fragmented. All these factors delayed the development of the first prototype of an Italian medium tank – the M 11 – which would only appear in 1937 and did not enter production until 1939. Although technically inferior to their German and Allied counterparts in 1941–43, the Italian M tanks proved to be quite effective when used by experienced crews with adequate combat tactics. In fact, their major shortcoming actually proved to be their limited production figures. While production was limited, innovation was not and, between 1941 and 1943, several experiments were carried out on the Italian tanks that produced interesting prototypes such as the anti-aircraft semovente.
Posted by ACD Distribution at 1:00 PM