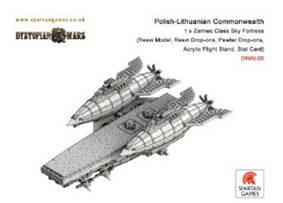 The armed forces of the Polish-Lithuanian Commonwealth are known for their unparalleled battle skill and courage. Long years of warfare have honed the Commonwealth Hussar Legions into veteran fighting units capable of facing off against all an enemy can throw at them. The Zamiec Class Sky Fortress' breathtaking stature makes it instantly iconic in the world of Dystopian Wars. 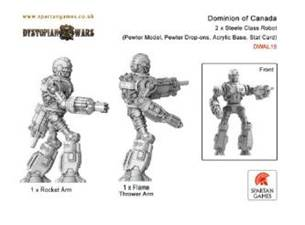 Sold to the Dominion of Canada by the Federated States of America, the Steele Class Robot is an exciting new variant of the flying John Henry Class Robot. Standing over two hundred scale feet tall, this destructive monster is capable of massive strides that make quick work of closing the distance between him and the enemy. It can then Swiftly unleash its unforgiving flamethrower! 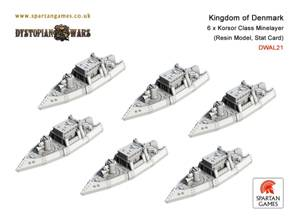 The Korsor Class Minelayer has proved an invaluable fighting machine since the outbreak of the war. Armed with an automated mine laying rig, these ships maneuver in large numbers, denying entire swathes of the battlefield to the enemy, forcing them towards bottlenecks where the Kingdom of Denmark can fight them on an equal footing. 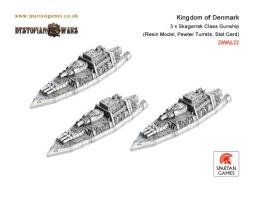 The Skagerrak Class Gunship is the finest fighting ship that the Danish Navy currently has to offer. The Gunship exemplifies Denmark's approach to warfare; namely, a distinct effort to make up for a lack of numbers by the use of advanced modern technology, battlefield-control tactics and the specialization of its warships for operation in Denmark's narrow home waters. 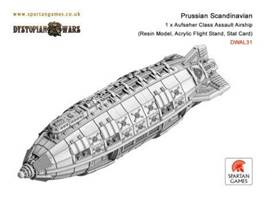 The Aufseher Class Assault Airship is designed to allow the air landing of Prussian armored units directly in the heart of enemy strong points, either to provide support for larger attacks or in surprise raids on key objectives. It takes the Teutonic Order's favored battle tactics of shock assaults to a whole new level. 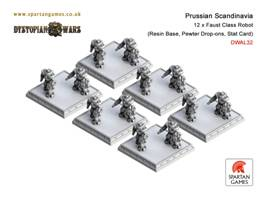 The Faust Class Robot is a new type of manned combat robot, large enough to dwarf terrified enemy infantry and toss aside light tanks like cardboard boxes. Now enemy soldiers have yet another reason to fear the might of the Prussian Empire. 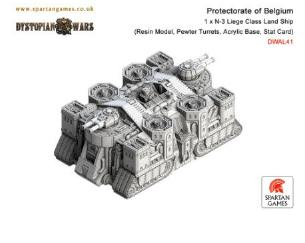 The Liege Class Land Ship is the pinnacle of flexible defensive strategy. It is heavily armored against incoming fire, and has multiple Ack Ack batteries to repulse aerial aggression. It is even designed to embed itself into the earth once it has found an optimal position. 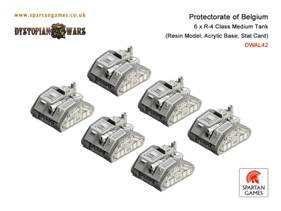 Belgium is an interesting Allied Nation consumed by civil war. Internal conflicts are rapidly escalating first to proxy wars and then full-scale clashes. The mighty R-4 Class Medium Tank is tenacious in battle and will help the Protectorate of Belgium attain control over their territory. 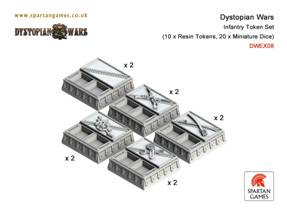 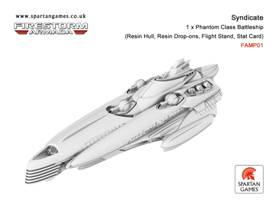 The most powerful warships in the Syndicate's arsenal are Phantom Class Battleships. These potent giants of the void form the solid core of the cartel's space borne military strength. A product of both Dindrenzi and Directorate shipbuilding expertise, it is built for longer-ranged engagements, employing heavy firepower to overwhelm the opposition. 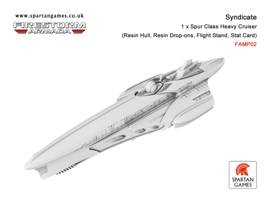 The Spur Class Heavy Cruiser mounts the armament of a heavy gunship into a sleek and opulent hull. Armed with large numbers of rapid-firing rail-guns and powerful forward plasma launchers, a single Spur is more than enough to intimidate a rebellious asteroid colony or stubborn Corsair Commander. 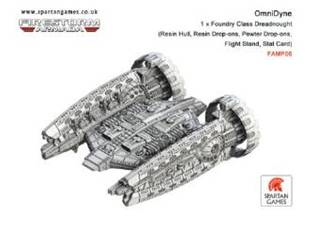 OmniDyne thrives on creating conflict, generating new markets for its lethal products. However, OmniDyne keeps its most effective weapons and defensive technology to itself. The Foundry Class Dreadnought is a valuable asset to any corporate fleet. It is very heavily armed in order to defend itself from unwelcome visitors that find their way through its formidable defensive screen. 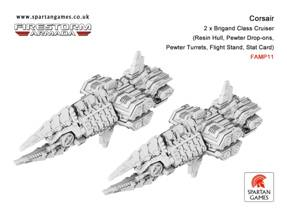 The Brigand Class Cruiser is the backbone attack craft of many Corsair fleets. Its shark-like profile is guaranteed to strike fear into any merchant Free Captain who sees one stalking his ship. Every Corsair Commander wants a Brigand squadron to add weight to their strike forces. The most successful leaders paint lurid icons or graffiti on the outer hulls, announcing to their intimidated victims exactly who is attacking them. 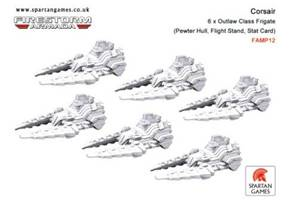 Some desperate commanders tempt Corsairs into their service, for the marauder bands are formidable fighters and spacefarers. However, this action is risky, as Corsairs care about little but their fortunes and bear no loyalty except to their leaders and shipmates. Many a would-be conqueror has ended their days drifting lifeless amidst the wreckage of their flagship, stripped and plundered by an Outlaw Class Frigate. 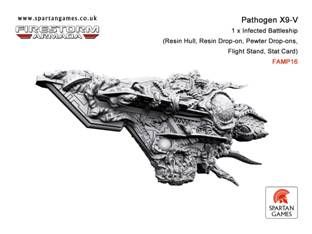 Little is known about the mysterious and terrifying vessels officially designated 'Pathogen X9-V'. The ships appear in all shapes and sizes, most recognizable as twisted and warped forms of other, well known vessels. Of all of these ships, the behemoths classified as Battleships are the most horrifying, and the most dangerous. 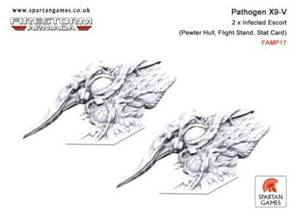 Upon seeing images of the corrupted forms of 'Pathogen X9-V' infected vessels; most commanders assume they would be a formless, mindless horde. This is not the case however, as these ships clearly operate under a formidable, if utterly alien intelligence. As such, the ships will gather into familiar formations, and operate with disturbing unity.