Emperor Edition: Gempukku is the reprint of the most recent base set for the fan-favorite Legend of the Five Rings Collectible Card Game from AEG: Emperor Edition. Gempukku is the rite of passage into adulthood in Rokugan and as such, starter and booster decks are specifically made for new players, while still holding value for existing ones! Join Legend of the Five Rings, as the Empress struggles to keep a firm hold over the Empire’s new territories.

Features:
·224 card starter decks with Common and Uncommon cards from the entire Emperor Edition Arc, as well as 2 exclusive cards for each of the 9 Clans of the Emerald Empire!
·6 card booster packs, exclusively made of rares from all the expansions from the Emperor Arc!
·Great art from acclaimed artists in the industry, bringing both Rokugan and the Colonies to life.
·The rift between the mainland and the Colonies continues to increase as Imperial forces are dispatched to the Second City! 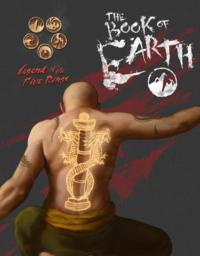 AEG3310
L5R RPG: Book of Earth
$ 39.99 SRP
“Be like unto the earth, and you shall endure forever.” – Isawa Norimichi, Master of Earth
The earth is the rock upon which the Empire of Rokugan has stood proudly for more than one thousand years, both as a metaphor and a very real truth. They are the essence and soul of the Crab Clan, as well as the power and the determination of the Dragon. Countless families and Fortunes are of Earth, and their works within the mortal realm depend upon its strength to shape the face of destiny. The Book of Earth is the second in a series of elemental sourcebooks that will explore the themes of each of the five elemental Rings. From the quiet, stolid fortresses that stand quietly against the force of the Empire’s enemies, to the crushing violence of a tetsubo, every aspect of the eternal essence of Earth will be examined.
In this book you will find explorations of:
·Sumai and its traditions throughout the clans.
·The devastating use of heavy weapons in the martial philosophy of Rokugan Spells concerning containment and resistance Kiho utilized by the Brotherhood of Shinsei.
·The silent, foreboding fortress known simply as the Lair.
And much more!
Posted by ACD Distribution at 8:57 AM