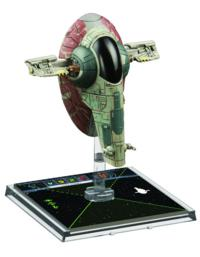 Originally intended as a prisoner transport, the Firespray-31 gained notoriety through association with some of the galaxy’s most fearsome pirates and bounty hunters, including the infamous Boba Fett. The Slave I™ Expansion Pack for X-Wing™ allows players to take advantage of the Firespray’s versatile armament and heavy armor plating, as well as a host of deadly new upgrades. Slave I comes with a detailed miniature, four pilot cards, thirteen upgrades, and all requisite tokens. New rules and a new mission further expand your games of X-Wing!

Key Selling Points • Command Slave I and the infamous bounty hunter, Boba Fett, in the battles of X-Wing • Includes a detailed, pre-painted Slave I miniature at 1/270 scale • Four pilot cards and thirteen upgrades add to the Firespray-31’s versatility • New rules and a new mission further expand your games of X-Wing. 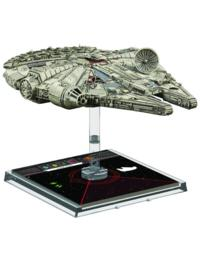 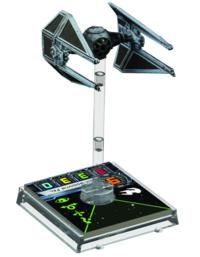 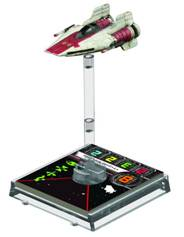 Conceived by General Dodonna, the RZ-1 A-wing interceptor proved its worth by crippling Star Destroyers during the Battle of Endor. Now this highly maneuverable starfighter adds another exciting dimension to Rebel squadrons in the Star Wars: X-Wing™ Miniatures Game. The A-Wing™ Expansion Pack introduces one A-wing miniature with four pilots and five upgrades. Only the most talented pilots belong in an A-wing cockpit as they push the starfighter’s limits in the galaxy’s deadliest dogfights!