FFGCT53
COC LCG: Written and Bound
$14.95 SRP
Dark and powerful secrets await those players who uncover the 60 new cards (3 copies each of 20 different cards) of Written and Bound, the first Asylum Pack in the Revelations cycle for Call of Cthulhu: The Card Game. While a few sensitive minds shudder at the unearthly powers they perceive, the bulk of humanity conducts its daily business unaware of the terrible powers that slowly carve at the very heart of society. Still, there are some power-hungry or ideological knowledge-seekers who scour the world in search of rare tomes that provide insight into the elder powers. The quest for a deeper understanding of reality permeates Written and Bound, and its themes of dark. 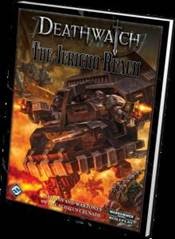 FFGDW08
Deathwatch: The Jericho Reach
$ 49.95 SRP
The Jericho Reach is an exciting new supplement for Deathwatch! This comprehensive tome provides in-depth information on the struggles of Kill-teams currently operating throughout the Reach. Each chapter delves into detail on the personalities, planets, and themes of a specific salient, while providing players and Game Masters alike with important resources for integrating the setting more deeply into their campaigns. What’s more, The Jericho Reach includes a full adventure. When Watch Fortress Erioch receives an astropathic distress signal from deep inside a Tyranid-infested planet, the Kill-team is immediately dispatched to investigate. Now, they must fight their way through monstrous adversaries while working to uncover the source of the strange message. But can they solve the mysteries of this war-ravaged world in time? 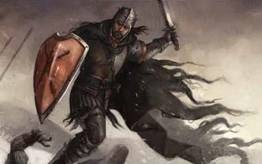 FFGGOT82
GoT: LCG: Trial By Combat
$ 14.95 SRP
If the king’s justice fails, players can summon champions to fight for their honor in Trial by Combat, the fifth Chapter Pack in the A Tale of Champions cycle for A Game of Thrones: The Card Game. With 60 new cards (3 copies each of 20 different cards), Trial by Combat reinforces players’ abilities to forge fleeting, mutually beneficial alliances as they work against other Great Houses in a melee. When these temporary alliances falter, new cards from Trial by Combat allow players to turn their opponents against each other. Unique characters and powerful new events bolster strategies featuring each House’s most renowned personalities, and characters possessing the new Melee keyword continue to find clarity in the heat of battle. The skilled and aggressive strategies will prosper when the Houses of Westeros meet for Trial by Combat.

FFGMEC10
LotR: LCG: Road To Rivendell Adv. Pack
$ 14.95 SRP
Having traversed the freezing snows and treacherous mountain pass of the Redhorn Gate, the heroes of Middle-earth continue their winding journey through the hills west of the Misty Mountains. But the way is long and perilous, and dangers await those sent to escort Arwen Undómiel along the Road to Rivendell. Road to Rivendell is the thrilling second chapter of the Dwarrowdelf narrative arc. Ferocious enemies lie in wait throughout the high hills west of the Misty Mountains, ready to ambush the intrepid heroes, and players must shield Arwen from danger even as their heroes fight for their lives. Road to Rivendell introduces 60 new cards, including an all-new scenario, a new hero, three copies of each new player card, and an exciting new Ambush mechanic that changes how enemies engage with players.
Posted by ACD Distribution at 9:15 AM