ASMTSC01
TSCHAK!
$ 24.99 SRP
Four successive dungeons, three levels each, and as many treasures guarded by various creatures. To explore all this, you will have to manage your adventurers as skillfully as possible, while keeping an eye on your opponents who want as much as you to get all the treasures and no monsters. Round after round, the cards travel from player to player, so that everybody gets to play with the same hands of cards. No luck involved? Nah, actually there is some! 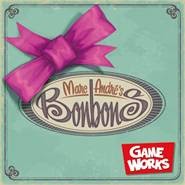 ASMBON01
Bonbons
$ 20.00 SRP
Candies, who wants candies? Well everybody, of course! But, you'll need quite a bit of memory and some luck to snatch away the beloved candies before your opponents do. A cute little memory game but still tricky enough. “Bonbons” is a game for gourmets from Marc André, sweetly illustrated by Mathieu Leyssenne.

ASMCYC02US
Cyclades: Hades
$ 44.99 SRP
The Cyclades are currently at peace, but the sound of furious battles still echoes in our memories. Is this a long lasting peace or nothing but a short truce? There are whispers that Hades will soon return, bringing his undead phalanxes and ghost ships… Every city-state will need to demonstrate their skills at recruiting powerful heroes and gaining the favors of all the gods of Olympus, even terrifying Hades, to extend its supremacy over his opponents.
This box contains several modules which can be incorporated one by one into the basic game, according to the desires and experience levels of the players. The game box contains 22 tiles (1 Hades tile, 1 Necropolis building ship, 4 Theater building ships, 8 Prosperity Markers, 8 Divine Favors Tiles), 30 cards (6 heroes, 10 magic items, 5 mythological creatures, 9 priestesses), 17 figurines (5 undead troops, 5 undead fleet, 6 hero figurines, 1 Cerberus figurine), and a rulebook. 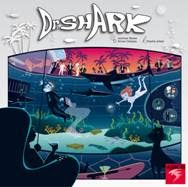 ASMDRSH01US
Dr. Shark
$ 40.00 SRP
The evil Dr. Shark is holding a cocktail party on his private island. Spies will try to gather clues hidden in the pool in order to build a case against Dr. Shark. In turn, the players move their spy towards a free space at the bottom of the pool. They then gather clues by searching bare-handed in a bag, by following various directives. They could end up searching by only paying attention to the shapes or textures of the clues, search by the handful, or actually look into the bag to get the clue of their choice. The search ends if they find a shark or if the timer runs out. They must then sort out the clues to work out the proof (the clues earned must correspond to the images shown on the tokens placed next to the game board). The game lasts a variable number of turns depending on the number of players. The spy with the most points when the game ends wins. 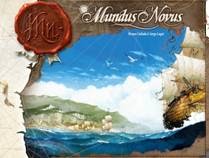