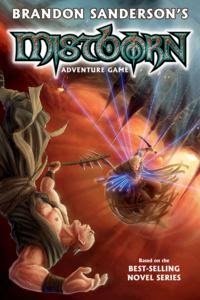 CFG07001
Mistborn Aventure Game
$34.95 SRP
UPC 9780982684399
Based on the best-selling novels by Brandon Sanderson and powered by an all-new story-driven rules system, the Mistborn Adventure Game lets you explore, command, or liberate the oppressed world of Scadrial, battle the Lord Ruler’s Inquisitors, and master the primal forces of Allomancy, Feruchemy, and Hemalurgy. It features new official fiction from Mr. Sanderson himself and loads of never-before-seen material, making it the ultimate resource for fans of the novels and those who want to experience the Final Empire firsthand.
Posted by ACD Distribution at 1:00 PM