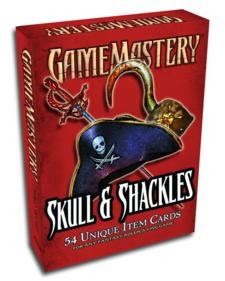 PZO3022
Item Cards: Skull and Shackles
$10.99 SRP
UPC 9781601254078
Lay claim to the high seas with a scallywag’s stockpile of weapons, magic items, and other plunder. The riches of pirate kings and lost empires awaits discovery in the Skull & Shackles Pathfinder Adventure Path. This 54-card set of beautifully illustrated, full-color item cards allows you to track your newest and most dastardly treasures in vibrant detail. 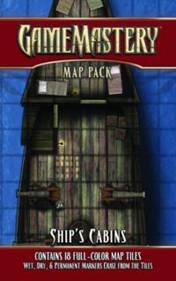 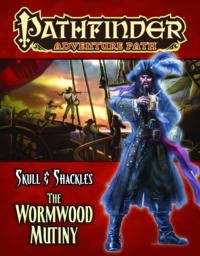 PZO9055
PFA: The Wormwood Mutiny (SC)
$19.99 SRP
UPC 9781601254047
The adventurers wake up in the hold of a ship at sea, only to discover they’ve been press-ganged into a crew of scoundrels, thieves, and buccaneers from the pirate isles of the Shackles. When they’re assigned to a captured ship as part of a skeleton crew, the adventurers finally have a chance to stage a mutiny, but a sudden storm strands them on an isolated island inhabited by strange monsters? Can the adventurers survive the dangers of the island to overthrow their cruel captors and take control of their own destinies? Will they become feared pirates with their own ship, or will they meet their ends in a watery grave? 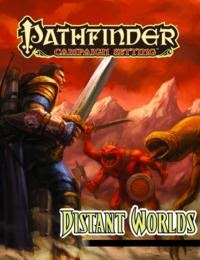 PZO9243
PFCS: Distant Worlds (SC)
$19.99 SRP
UPC 9781601254030
This 64-page softcover explores the solar system of the Pathfinder campaign setting. Along with extensive gazetteers and maps of each of the numerous planets of this system (including the war-torn Red Planet of Akiton, the undead world of Eox, the primeval Green Planet of Castrovel, gas giants, asteroids, moons, and more), this book includes guidelines for traveling from world to world and exploring the dark depths of outer space. Rules for several new monsters, alien races, and magic round out the otherworldly offerings. 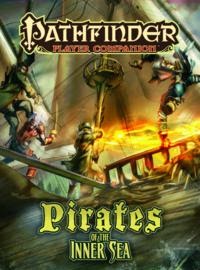 PZO9422
PFPC: Pirates of the Inner Sea
$10.99 SRP
UPC 9781601254054
Details on pirate strongholds, from the tropical isles of the Shackles to the Varisian city of Riddleport and beyond, present a wide range options for freebooters, corsairs, scallywags, and even government-sponsored privateers throughout the Inner Sea region. Pirate-themed archetypes, new spells and magic and feats, piratical character traits, a pirate slang primer, and more await plunder in this player-friendly book! Perfect for use with the Skull & Shackles Adventure Path! 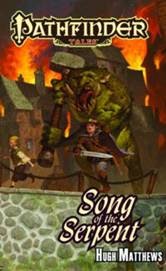 PZO8507
PF Tales: Song of the Serpent
$9.99 SRP
UPC 9781601254078
To an experienced thief like Krunzle the Quick, the merchant nation of Druma is full of treasures just waiting to be liberated. Yet when the fast-talking scoundrel gets caught stealing from one of the most powerful prophets of Kalistrade, the only option is to undertake a dangerous mission to recover the merchantlord's runaway daughter—and the magical artifact she took with her. Armed with an arsenal of decidedly unhelpful magical items and chaperoned by an intelligent snake necklace happy to choke him into submission, Krunzle must venture far from the cities of the merchant utopia and into a series of adventures that will make him a rich man—or a corpse.
Posted by ACD Distribution at 1:00 PM