New from Wizards of the Coast! 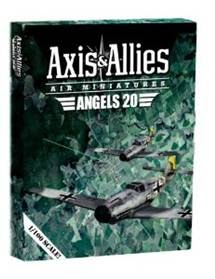 WOC344050000
A&A Minis: Angels 20 Starter Set
$ 39.99 SRP
SDI
Dogfight your opponent in this all new air combat game. The Axis & Allies Air Force Miniatures Base Set will contain 30 authentically detailed aircraft miniatures that war gamers and WWII enthusiasts can use to recreate the great air battles of WWII. Pre-painted and assembled, these 1:100 scale aircraft are made of durable plastic and can also be used in the Axis & Allies Army Miniatures game. • All new WWII air combat game that can be used in conjunction with the Axis & Allies Army Miniatures game system. • Highly detailed models in 1:100 scale are pre-painted in historically accurate paint schemes. • Set contains legendary aircraft like the P-51B, Hurricane Mk. I, and the FW 190A.
WOC344060000
A&A Minis: Angels 20 Booster
$ 24.99 SRP
SDI
NO
IMAGE
AVAILABLE
WOC356170000
4E: Players Option: Heroes of the Elemental
$ 29.95 SRP
SDI
This book presents new class builds, character themes, feats, paragon paths, and other rules options for players, whether they’re looking to create new elemental-themed characters or add elemental abilities to their existing characters. 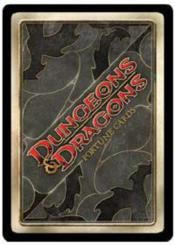 WOC389290000
4E: Fortune Cards: Spiral of Tharizdun
$ 95.76 SRP
SDI
Players will find these Fortune Cards to be invaluable as they attempt to conquer the challenges of D&D’s hottest new organized play program. In addition, Dungeons & Dragons Fortune Cards can be incorporated into any home campaign at the Dungeon Master’s discretion.
February 7th Street Date 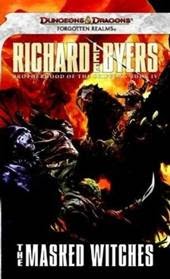 WOC387230000
FR: The Masked Witches (PB)
$ 7.99 SRP
SDI, SOO
Aoth Fezim and his mercenary company have restored their tarnished reputation and attracted new recruits for their depleted ranks. But they still have one big problem. Too many griffon mounts were killed in the battles in Thay Chessenta. If “the Brotherhood of the Griffon” is to be more than a name, new mounts must be found.

As it happens, the masked witches in Rashemen have griffons available to a worthy few who can slay the undead that are committing atrocities throughout the land. Aoth volunteers his band, as do other groups who are in the market for the fighting beasts. But things are not as they seem. Epic battles between rival sellswords, berserkers, and aerial skyships punctuate this whirlwind tale set in a barbaric land of oracles, nature spirits, and talking animals.
Posted by ACD Distribution at 9:00 AM