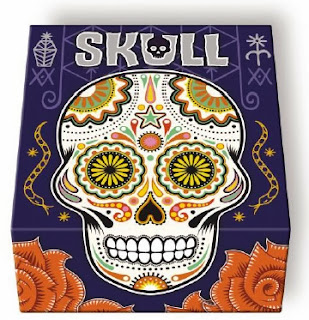 An ancient game of ornate skulls and dangerous roses, Skull is simple to learn but dangerously difficult to win. You must bluff, lie and pierce through the deceptions to expose the roses. Be wary, though, if you happen across a skull, the consequences are dire!

Players will hold three rose cards and one skull. Add a card to the pile in front of you, and when you feel lucky, announce your challenge and declare how many cards you will flip. Cards that show a rose are safe, but if you expose your opponent's hidden skull, you lose one of your own cards. Keep your cards to the bitter end to win this clever game of deception and perception! 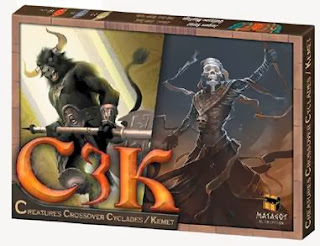 Send the mighty Kraken down the River Nile to bolster your armies, or bring the mighty phoenix to battle to resurrect your fallen warriors. The creatures of Egypt will invade Cyclades, and the mighty mythological monsters of Greece will descend on the land of Kemet. 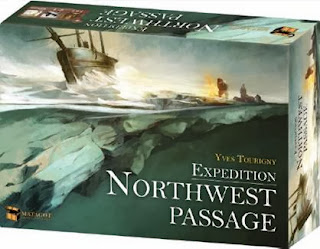 In 1845, Sir John Franklin led an expedition to discover the route that would connect the Pacific and Atlantic. When he disappeared, explorers from Britain and America set out to find the missing voyage and succeed where Franklin failed by finding the Northwest Passage.

Carefully place exploration tiles, maneuver around ice floes, discover islands and send your crews on sleds across solid land. Be careful, as the seasons progress, the North gets colder, and the last thing you want is to find yourself stuck in the ice, losing crews and equipment. Be the first to discover the route to the Pacific to earn the Prestige you need to bring victory for your team! 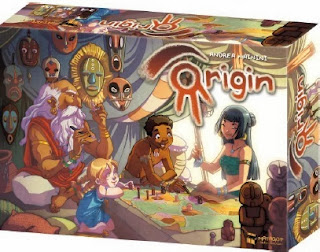 Starting with just a few small tribesmen, build up your people and expand across the globe. Grow and explore as you claim straits and hunting grounds and uncover innovations like fire and stonecraft. 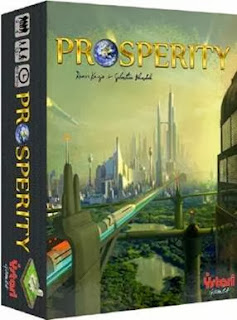 Manage a country on the rise as it discovers new technologies, builds new roads, invests its capital and balances its needs against its environmental impact. Balance the needs of your nation against the cost of progress, and lead your country to an age of prosperity.

Prosperity requires players to strike a balance; increase your energy or control your pollution, spend extravagantly or advance cautiously. You will have to build roads across your nation, research new technologies, build income and manage expenditures. In the end, victory depends on making the best progress while still maintaining a clean nation. 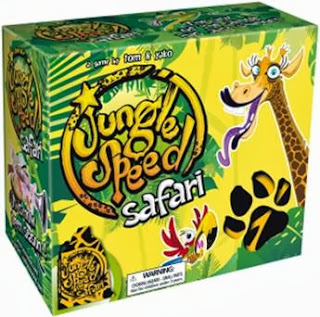 Normally, calm reigns supreme amongst the animals of the jungle. But when the time comes to eat, the animals gather round the forest of totems and their wild instincts take over. The hungriest animals race to catch their prey first. Others become angry and shout, whilst the chameleon hides. When the hunter appears, there is panic! The animals must protect themselves.

In turns, players flip the first card from their draw pile onto their score pile. Every card that is drawn eventually triggers an action. For example, if a player turns a hungry animal card, all players must race to grab the appropriate totem to satisfy the animal, the player that grabs the totem will add the hungry animal card to their score pile.

Posted by ACD Distribution at 1:29 PM