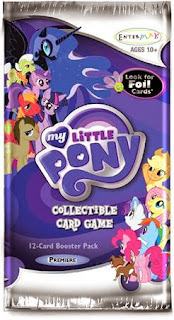 My Little Pony CCG is fun, interactive, competitive, and of course, includes all of your favorite My Little Pony characters. Players build a deck around a character, then try to overcome and solve problems in order to score points.  First player to 15 points wins, can you lead Applejack to victory or will Rainbow Dash run right past you? 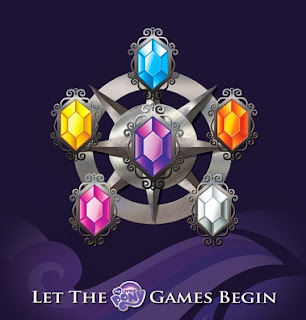 This deck features a foil version of both Pinkie Pie Mane Character Card and Fluttershy, allowing you to build a deck around either of this Mane Ponies.

This Theme Deck features a foil version of Rainbow Dash Mane Pony Card and a non-foil Rarity card, allowing you to build a deck around either of these Mane Ponies.

Posted by ACD Distribution at 5:23 PM