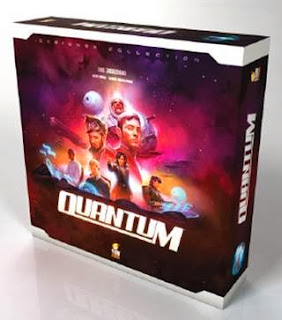 Send out the scouts! Position the Flagship in tactical orbit and reconfigure that Battlestation into something new! Your fleet of loyal ships, powered by the might of quantum probability itself, carries your empire to the far-flung stars. How will history remember you? As a ravenous destroyer? A clever tactician? A dauntless explorer? Command your armada, construct world-shattering technologies, and rally the remnants of humanity for a final confrontation.

With elegant mechanics, an infinity of scenarios, and easy-to-learn rules that lead to deep gameplay, Quantum is a one-of-a-kind game of space combat, strategy and colonization that will satisfy both hard-core and casual players. 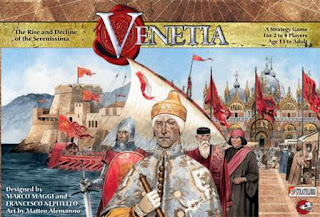 In Venetia, players compete to become the most prosperous and influential noble family in the history of the Serenissima Republic. From its rise in the ninth cen¬tury to its decline and fall in the eighteenth, players take part in the golden age that built the city that once was the Queen of the Mediterranean.

Venetia is played across three epochs: Rise, Apogee and Struggle. A Power track on the board is used to record the passage of time. Venice starts the game in its Rise, and the game ends when the Struggle epoch is completed. Players score VPs at the end of every epoch, and the player with the highest score at the end of the game wins! 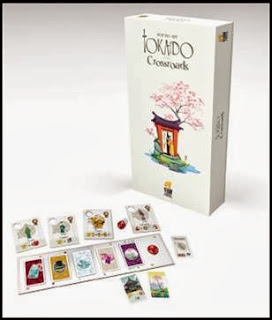 The Tokaido road is ready to unveil a few more treasures for the most faithful Travelers: cherry trees in full bloom, luxurious bathhouses, goodluck charms, calligraphy, legendary objects, and even clandestine gambling rooms are now part of the journey!

Crossroads will open up new doors and many new possibilities to make the journey even richer and more strategic. 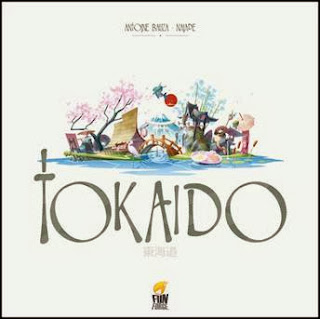 In Tokaido, each player is a traveler crossing the “East sea road”, one of the most magnificent roads of Japan. While traveling, you will meet people, taste fine meals, collect beautiful items, discover great panoramas, and visit temples and wild places but at the end of the day, when everyone has arrived at the end of the road you’ll have to be the most initiated traveler which means that you’ll have to be the one who discovered the most interesting and varied things.

Through a unique zen mood, Tokaido is a strategic game while being extraordinarily peaceful and easy to learn

Posted by ACD Distribution at 4:56 PM