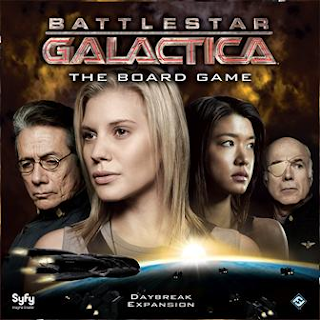 As the fleet begins to crumble, human and Cylon alike are driven to desperation. For some, this means risking everything. For others, this means mutiny. The Daybreak expansion for Battlestar Galactica: The Board Game brings humanity’s plight to its gripping climax! With two supplemental game boards and hundreds of cards and tokens, Daybreak invites players to undertake desperate missions, struggle under the constant threat of mutiny, and bargain with Cylon Leaders driven by motives of their own. The third expansion for Battlestar Galactica: The Board Game; brings humanity’s epic journey to its conclusion and Introduces twelve new character sheets and a compelling new role: the Mutineer! 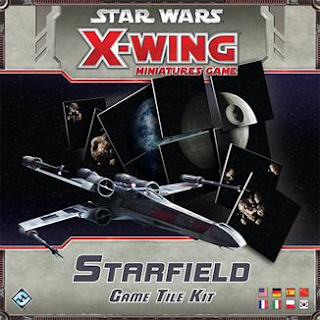 Wage your X-Wing space battles above such iconic Star Wars features as Alderaan and the Death Star! The X-Wing Starfield Game Tile Kit contains twelve double-sided, matte-finished tiles, made from sturdy card stock and mounted on 2.5 mm fiber board. These tiles each measure one square foot and can combine to depict a wide range of Star Wars-themed vistas. With their vibrant imagery and smooth finish, these tiles form a bolder play surface for your deadliest dogfights in a galaxy far, far away! 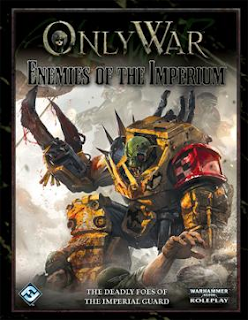 Across the Spinward Front, Imperial Guard troopers contend with deadly adversaries, from the fanatical rebels of the Severan Dominate to the vicious Orks of Waaagh! Grimtoof, and from the insidious forces of the Dark Eldar to the profane minions of Chaos. Your mission may place you toe-to-toe with the worst the galaxy has to offer. Will you be prepared?

Enemies of the Imperium, a supplement for Only War, gives deeper insight into the deadly foes of the Imperial Guard who lurk in the Spinward Front. This detailed volume not only contains NPC profiles and guidance on how to deploy them in battle, but it also provides considerable information on how these factions make war on the Imperium and each other. Further, Enemies of the Imperium provides rules for managing Formations, as well as new resources for veteran Guardsmen and Support Specialist characters. 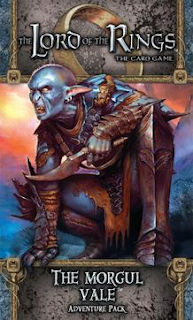 Prepare for an epic battle in The Lord of the Rings: The Card Game! The Morgul Vale is the climactic final Adventure Pack in the game’s Against the Shadow cycle. It presents Middleearth’s greatest heroes with an opportunity to ride against the strength of Mordor and battle against of the Dark Lord’s undying captains, the Nazgûl of Minas Morgul. Meanwhile, it offers players an inspiring new hero and three copies of all the new player cards, which strengthen the Gondor trait and mono-sphere decks. 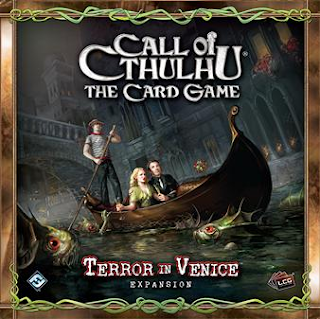 The sun is setting, the night is coming, and few can suspect that the brightly colored masks and costumes of Carnevale will soon give way to unfathomable terror… Terror in Venice is the fifth deluxe expansion for Call of Cthulhu: The Card Game.

Its 165 new cards (three copies each of fifty-five individual cards) introduce a wealth of new conspiracies, Day and Night effects, and the secretive agents of good and evil who haunt the canals, alleys, and darkest corners of Venice. 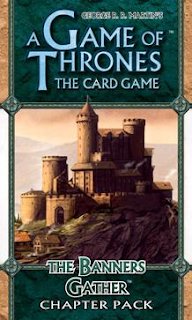 The Great Houses of Westeros rally their bannermen and ready their strongholds in The Banners Gather, the first Chapter Pack in the Kingsroad cycle for A Game of Thrones: The Card Game. Marking a return to the Seven Kingdoms, their traditions, and their deadly conflicts, the Kingsroad cycle reintroduces us to familiar characters, locations, and themes, all now changed by the ongoing struggle for the Iron Throne. This pack explores the Bannerman trait and creates compelling synergies with cards both old and new! 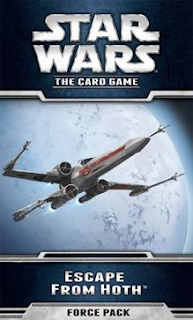 The balance of the Force turns to the dark side in Escape from Hoth! The final Force Pack in The Hoth Cycle for Star Wars: The Card Game heralds the arrival of the mighty Super Star Destroyer, Executor. However, even as the dark side deploys this incredible starship and hires bounty hunters to hunt down the Rebellion’s rag-tag remnants, the forces of freedom aren’t ready to concede defeat. Instead, they gain the support of several iconic new units, including a new Rebel Alliance version of Han Solo!
Posted by ACD Distribution at 9:00 AM