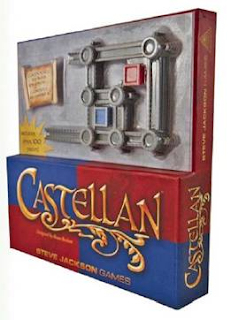 In Castellan, two players work together to build a castle. By linking finely-detailed wall and tower pieces together, you can form courtyards. The player who finishes a courtyard will claim it with a Keep. Your cards determine what pieces you get each turn but you decide where to put them. If you're clever, the pieces played by your opponent can end up scoring for you!

If you combine red/blue and green/yellow Castellan sets, you can play with three or four players. 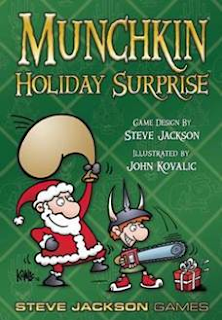 It’s an amazing present for all the good little Munchkins! This set turns any basic Munchkin game into a holiday special so the whole family can kill the monsters and take their stuff!

Compatible with any Munchkin set. 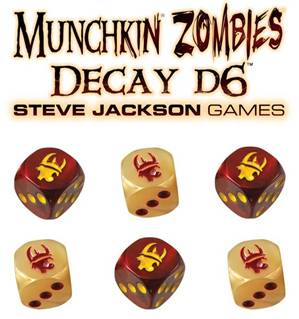 No these dice are not actually decaying but their gory-red and bone-white theme means they’re gross enough to make you think otherwise. 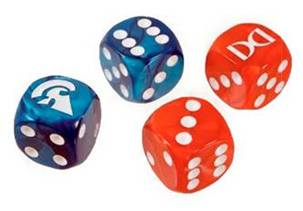 This set features four premium dice as the same kind included in Ogre Designer’s Edition. These are premium 19mm round-cornered acrylic dice with swirled colors. Two are blue with the Paneuropean symbol; two are red with the Combine symbol. 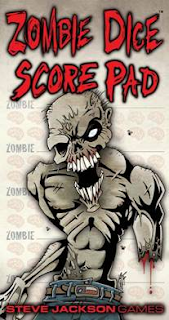 Each page of the Zombie Dice Score Pad is packed with enough brains for a six player game. Just mark off a brain icon for every brain you score. It's so easy a zombie can do it!

Great for gamers on the go, this handy accessory fits easily inside a Zombie Dice cup. Now you don't need to have space for counters to play a game of Zombie Dice!
Posted by ACD Distribution at 9:00 AM