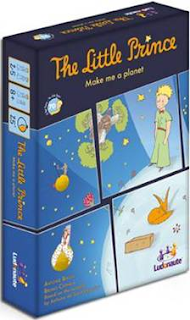 In The Little Prince: Make Me a Planet, each player will build his own planet to provide a beautiful home for the dear animals of The Little Prince; the fox, the sheep, the elephant and the snake, but make sure there aren’t too many volcanoes and baobab trees! 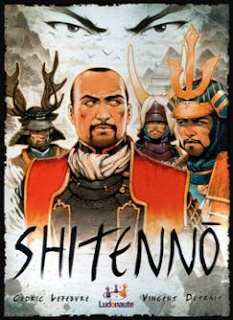 The Shitennō are the four great Generals of the legendary Shogun Togukawa Ieyasu who unified Japan at the end of the 16th century. The players will play these loyal and famous samuraïs, with the goal of becoming the Shogun’s favorite by controlling as many provinces as possible.

In Shitenno, you do not fight on the battlefield, but through planning and manipulation in the Shogun’s court. A game turn starts with a “distribution phase” in which the active player creates card lots, one for each player, but takes the lot remaining after all other players have taken their cards. In the next stage, players can gain control of provinces.

The rules are easy to understand, but if you want to win, you have to judge your opponents aptly and guess their secret intentions. Every choice is crucial, every move is decisive. 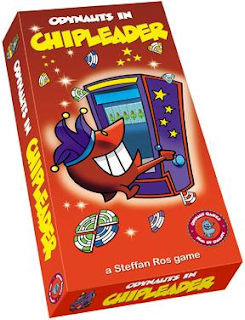 Are you a smart gambler? Show off your skills in this strategic and nerve-racking card game in which you visit the world’s most famous casinos to become Chipleader. Your goal is to collect as many of the valuable chips as you can, and to protect them from your opponents’ attacks. Remember that a solid defense is sometimes the best form of attack. 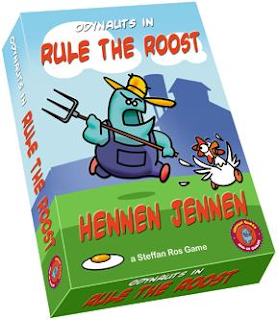 A funny, nerve-racking, and active card game for all ages in which you the rooster must collect and keep as many chickens around you as you can. But beware! Danger lies in wait. Foxes love a tasty chicken and the farmer likes moving you from one barn to another.
2-4 players
Ages 8+ 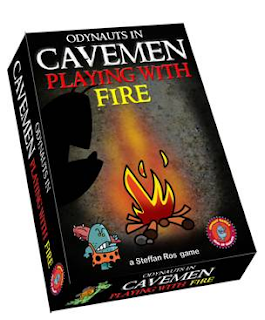 Submerge yourself in the world of cavemen together with the Odynauts in this exciting and tactical card game for daredevils. Who will be first to smother his opponent’s fire which used to be so important in the prehistory? If you’re not strong, you should be cunning in Cavemen Playing with Fire.