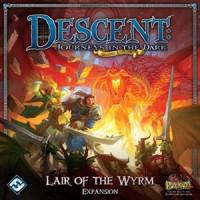 Bring even more adventure to your Descent: Journeys in the Dark Second Edition campaigns with Lair of the Wyrm, an expansion that introduces new heroes, classes, monsters, quests, and more! Heroes can now discover secret rooms and investigate suspicious rumors, while the Overlord equips himself with deadly never-before-seen tricks as he fields a powerful new lieutenant. Dark secrets await within Valyndra’s lair. Do you have the courage to face the dreaded Wyrm Queen? 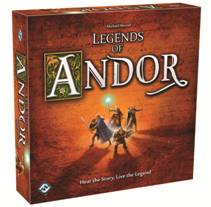 Legends of Andor is a cooperative adventure board game for two to four players, in which a band of heroes must work together to defend a fantasy realm from invading hordes. To secure Andor's borders, the heroes will embark on dangerous quests in one of five unique scenarios. But as the clever game system keeps monsters on the march toward the castle, the players must balance their priorities carefully. Uncover epic tales of glory as you live the Legends of Andor! 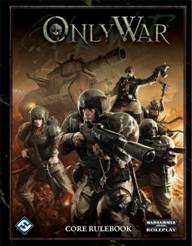 Only War is a standalone Warhammer 40,000 roleplaying game experience in which players take on the roles of soldiers in the Imperial Guard, the galaxy-spanning armies of the God-Emperor. Fully compatible with FFG’s other Warhammer 40,000 Roleplay titles, this comprehensive game system explores a previously unseen side of life in the Imperium of Man. Join the ranks of brave men and women inducted into the God-Emperor’s armies, trained to fight and sent off to far flung stars and systems to hold the line against the coming night. Despite overwhelming opposition, or perhaps because of it, these fearless soldiers are bound to each other by a code of brotherhood and honour. They are the thin line that protects the Imperium from complete and utter destruction. They are the Imperial Guard. 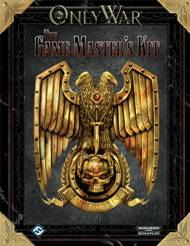 Guide your squad to success over their mission with The Game Master’s Kit for Only War! This helpful resource features a sturdy Game Master’s screen, which displays eye-­catching Only War art on one side and a wealth of convenient references on the other. In addition, The Game Master’s Kit includes a 32-­page full color booklet with a complete adventure, a selection of useful NPCs, and helpful advice for GMs about managing comrades and more. 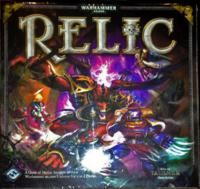 Relic is an adventure board game, based on the Talisman system, in which two to four players each assume the role of a powerful hero from the Warhammer 40,000 universe and bravely venture forth to shield the Antian Sector from certain doom. By completing missions and defeating enemies, characters compete to gain rewards and experience, furthering their chance of being the first to defeat whatever evil lies beyond the warp rift.

The second Battle Pack in the Eternal War cycle for Warhammer: Invasion The Card Game, Oaths of Vengeance pushes the rival races of the Old World toward all out war, further supporting the cycle’s new Ambush and Raider keywords. New units use these dynamic keywords to surprise your opponents and gather resources from their forays in the battlefield. Oaths of Vengeance also introduces the High Elves’ Shadow King, Alith Anar, a legendary master of guerrilla warfare! 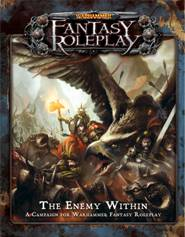 Who is the man in the black hood? Explore classic themes of corruption and betrayal in The Enemy Within, a massive campaign for Warhammer Fantasy Roleplay that takes characters all the way from their first sessions to the pinnacles of legend. A sinister figure stands poised to thrust the Old World into chaos, but fate has chosen an unlikely band of heroes to oppose him. Can you solve this mystery before it’s too late?


Posted by ACD Distribution at 9:30 AM