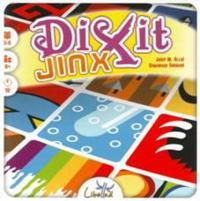 Jinx is a new Game in the Dixit family but unlike the original game the drawings are not realistic illustrations depicting scenes but images halfway between abstraction and figuration. During the game 9 cards are exposed in a square 3x3. The active player draws a locator map that will show him one of the nine cards with which he will play. This location is held secret. The player must now speak, sing, act out something that makes thinking about this card just like in "Dixit". The other players go around and point to the card they think is correct but beware! Only one player can point a given card. Once a player has chosen the right card, the turn stops (although some have not chosen). The player who finds the right card keeps it (each card gives a victory point). Players who erred give their cards to the player active. But if neither player gets it right card, the active player must return one of the cards previously won. 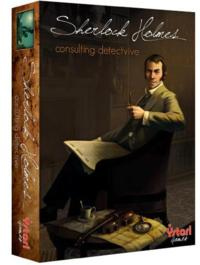 Ten Sherlock Holmes adventures in which you are the hero! You are a member of the Baker Street Irregulars working to solve mysteries before the Master! You are either investigating the mysteries as an individual, or trying to win against up to 8 other investigators. The curse of the mummy, the murders of the Thames, the mysteries of London, the stolen paintings... strange cases of the most famous detective ever: Sherlock Holmes! Equipped with a copy of the Times, a map of London, a directory and more importantly - your logic, you will roam the streets of London trying to solve the most heinous crimes. Will you visit the crime scene? Meet Inspector Lestrade? The decision is in your hands and each clue that you follow will bring you a step closer to the truth. Unravel the string of intrigue, answer a series of questions and compare your score to that of Sherlock Holmes. Can you beat the Master? 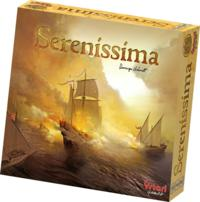 Your Galleys teeming with crew and cargo while you sail the Mediterranean seas, while your sole purpose is control the most prosperous trade routes, and ensure your strategy will succeed in filling your warehouses with a veritable fortune in gold, precious stones and spices.

In this game players represent a merchant family during the Renaissance. Players attempt to balance the need of trading and open commerce versus the cut-throat economic piracy of the day. Players create a fleet of ships to purchase and move various commodities around the Mediterranean while also keeping well manned ships to attack and defend against other player's fleets.