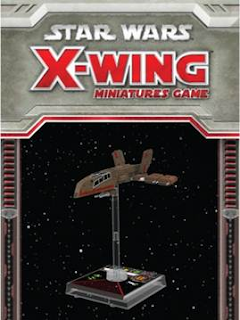 Designed by Corellian Engineering Corporation to resemble a bird in flight, the “hawk” series excels in its role as a personal transport.

The HWK-290 Expansion Pack for X-Wing comes with one detailed miniature at 1/270 scale, a maneuver dial, all necessary tokens, six upgrades, and four pilots, including the renowned Kyle Katarn.

Each HWK-290 provides a wide range of support options for your squad and can be outfitted with both a turret weapon and crew member. 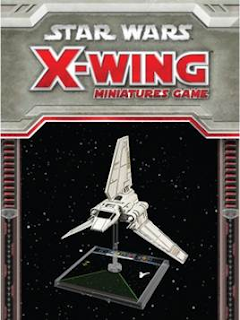 Noted for its tri-wing design, the Lambda-class shuttle served a critical role as a light utility craft in the Imperial Navy. Now you can use this utilitarian ship to strengthen your Imperial squad for X-Wing!

The Lambda–class Shuttle Expansion Pack includes one large-base Lambda-class shuttle miniature at 1/270 scale, its maneuver dial, all necessary tokens, four ship cards, and a whopping twelve upgrades, which afford Imperial players an astonishing level of customization and control of their squads. 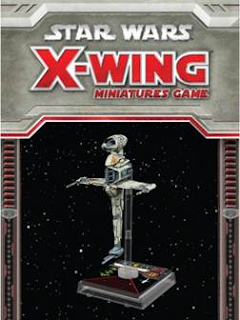 The B-wing’s heavy weapons array and resilient shielding quickly solidified it as the Alliance’s most formidable assault fighter. Accordingly, the B-Wing Expansion Pack for X-Wing packs a mighty punch!

The B-wing can wield as many as two torpedoes, as well as a cannon, and it can be equipped with a system upgrade for precision targeting. 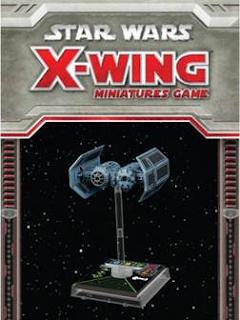 While not as agile or fast as other TIE variants, the TIE bomber is capable of delivering an astonishing payload, and the TIE Bomber Expansion Pack for X-Wing carries enough firepower to destroy virtually any enemy target.

Each TIE bomber is capable of carrying two torpedoes, two missiles, and one bomb.