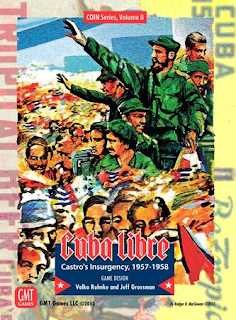 In December 1956, paroled rebel Fidel Castro returned to Cuba to launch his revolution with virtually no political base and, after a disastrous initial encounter with government forces, a total of just 12 men. Two years later, through masterful propaganda and factional maneuver, Castro, his brother Raúl, and iconic revolutionary Che Guevara had united disparate guerrillas and exploited Cubans’ deep opposition to their dictator Fulgencio Batista y Zaldívar. Castro’s takeover of the country became a model for Leftist insurgency.

Cuba Libre will be easy to learn for Andean Abyss players, both volumes share the same innovative COIN system. Like Volume I, Cuba Libre is equally playable solitaire or by multiple players up to 4 and with a shorter time to completion than Andean Abyss. But Cuba Libre’s situation and strategic challenges will be new. A deck of 48 fresh events brings 1950s Cuba to life. 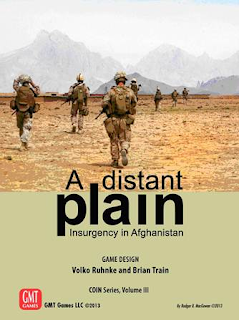 Afghanistan; a scene of tribal, ethnic, colonial, and Cold War conflict across the ages. Into this cockpit dropped a multinational post-9/11 coalition to root out al-Qaeda and replace the hardline-Islamist Taliban regime that harbored it. A quick invasion and regime change portended quiet reconstruction and good governance, but it was not to be so. In their sanctuary across Pakistan’s border, the Taliban rebuilt for an insurgency that would ensnare the Coalition in the tangle of Afghan rivalries, shifting allegiances, and warlordism that the West could at first only distantly grasp.

A Distant Plain features the same accessible game system as GMT’s recent Andean Abyss but with new factions, capabilities, events, and objectives. For the first time in the Series, two counterinsurgent (COIN) factions must reconcile competing visions for Afghanistan in order to coordinate a campaign against a dangerous twin insurgency situation and strategic challenges will be new. 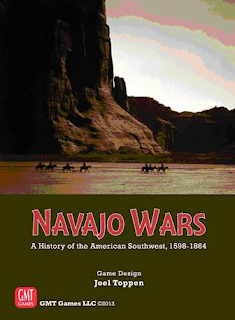 In Navajo Wars, you the player must use skillful planning and cunning against a constantly changing and aggressive enemy.

Navajo Wars uses a unique mix of cards and an enemy instruction matrix to drive the actions of the enemy. More than just chart-checking and die-rolling, in Navajo Wars, the player has to make lots of meaningful decisions in order to win. To keep the enemy at bay, you must use plan ahead to build up your tribe’s population. You must attack enemy outposts, and raid enemy settlements. You will need to plant and harvest corn, and develop herds of sheep as well as horses in order to survive the slow desertification of the American Southwest. You will need the wisdom of your tribe’s elders to guide your people through treacherous times and further develop your tribe’s culture to survive the influences of an alien civilization set out to subjugate you. 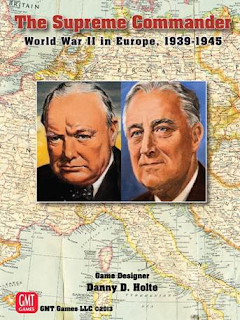 The Supreme Commander is a game designed for 2-5 players covering the entirety of World War II in the European Theater of Operations (ETO), from September 1939 to the end of the war. While there are plenty of other ETO games out there, The Supreme Commander effectively models all of the primary aspects of the war in a simple, straight-forward manner.

That is not to say that The Supreme Commander is some sort of compromise, surrendering historical accuracy for simplicity. The game delivers a detailed order of battle and meticulously researched economic and diplomatic system which allows players to play out the historical military campaigns of the war as well as the “what ifs” that may have happened. It is entirely up to the players, the system is open-ended and does not restrict players to the exact decisions of the past. 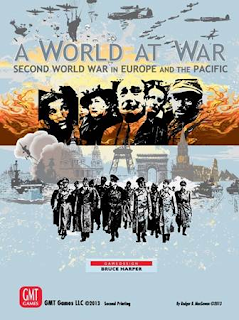 A World at War completes the Advanced Third Reich/Empire of the Rising Sun game system, refining and clarifying the rules in every area of the game. Fifteen years of design and relentless play testing have resulted in a polished, proven game, which includes the following innovations: 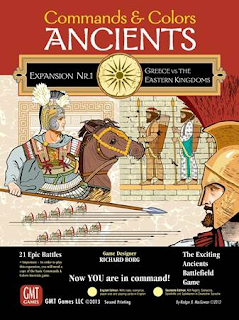 This Greece and the Eastern Kingdoms expansion features 21 scenarios. Now you can command the armies of Philip, Alexander and the Successors as you meet the hosts of Persians, Scythians and Indians to the east. In this expansion, you will find historical scenarios that focus on the hoplites of classical Greece fighting off the invading Persian army at Marathon and Plataea; epic battles from the Peloponnesian War, the rise of Macedon and Alexander’s battles of Gaugamela, Issus and Granicus against the Persians; and battles involving Alexander’s successors. With your Greeks you will be able to turn west and battle the Carthaginians in Sicily, or as King Pyrrhus at Heraclea and Ausculum, battle the Romans.

Rules-wise, if you are familiar with Commands & Colors: Ancients, you’ll have no trouble at all learning the special rules for this expansion, for the basic game mechanics remain unchanged. Battle dice still resolve combat quickly and the Command cards provide an element of luck that creates a fog of war and presents players with both challenges and opportunities for victory.