New Zombicide: Black Plague products from Cool Mini or Not! 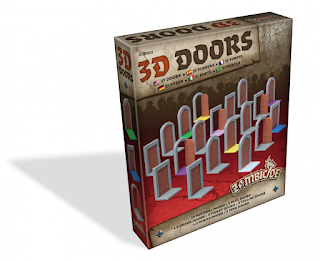 Is there anything more terrifying than a closed door in Zombicide: Black Plague?

What horrors lie behind it?
What is that gurgling noise it's barely muffling?

The 3D Doors Pack contains 27 doors with 3 different designs to keep players' adventures looking fresh. Containing more doors than required in the base game, players get a variety to keep them stocked up for future expansions. The doors don't just stand upright creating a visual barrier on the board, they'll also swing open when Survivors have gained access to the other side! 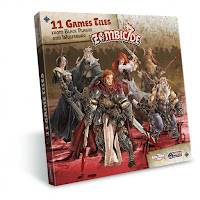 The Zombicide: Black Plague Extra Tiles Pack expands players' world beyond a quaint, infected village. This pack adds nine tiles from Black Plague and two tower tiles from Wulfsburg. Adventures will seem limitless in the expanded world the Extra Tiles Pack opens up, offering a great path to creating custom scenarios. Just when the hoards feel like they're closing in, players get a bit more breathing room. 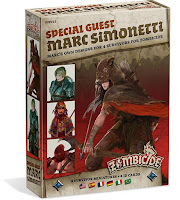 Zombicide: Black Plague Special Guest artist boxes bring a slew of new Survivors to Black Plague, all of which are designed by legendary artists from the gaming industry!

Marc Simonetti creates worlds in fantasy realms that never existed and scientific landscapes that harken to a future that may still come. His work has graced the covers of such classics as Terry Prachett's Discworld series and A Song of Ice and Fire by George R.R. Martin. His four, beautiful Survivors will make a welcome addition to players' Black Plague campaigns.

Paolo Parente is a multi-talented artist. He has created his own world, Dust, and contributes games, toys and comics to it. He has also contributed his talent to other popular gaming properties. Parente's artist box adds four Survivors from his own created world, Anastyr. The mins for Undraal, Queen of the North; Skoll, The Protector; Konrad, Master of Blades; and Arbwal, Maiden of War bring the denizens of Anastyr alive in the world of Black Plague. 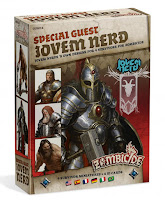 Jovem Nerd is a Brazilian blog that has dedicated itself to reporting on nerd culture through podcasts and web videos. The team has contributed new Survivors pulled right from the pages of their popular RPG, Chronicles of Ruff Ghanor, which  has been featured on the Nerdist podcast and spawned an illustrated book and novel. Four of the game's main characters join the fray in this Black Plague artist box. This is a limited edition set sure to please any zombicide: Black Plague player. 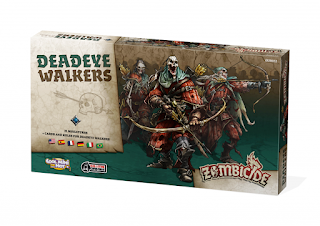 $26.99 SRP
The latest trick up the Necromancers' sleeves is a manipulation of the zombie infection that allowed skilled archers to retain their deadly accuracy in zombie form. The experiment rotted their flesh away, but as long they can still hold a bow and arrow, they will serve their sinister purpose to the bitter end.

Posted by ACD Distribution at 4:00 PM