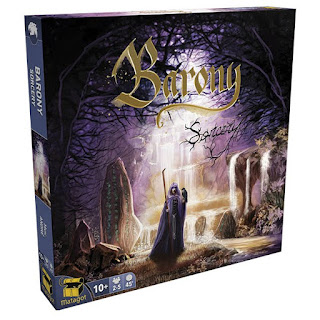 Leave the world of reality behind with the new expansion for Barony, Barony: Sorcery! This expansion introduces a world of fantasy, bringing dynamic new game play to the table. Now, players can cast powerful spells to aid them on their quest to take the throne. New spells can leave enemies decimated in your wake with roaring tornadoes, rip holes in space with reality-bending portals, petrify forests to create monumental cities, and so much more. Additionally, you’ll find magic is the least of your worries as the newest threat to your kingdom enters as a another competing baron, increasing the player count to five. 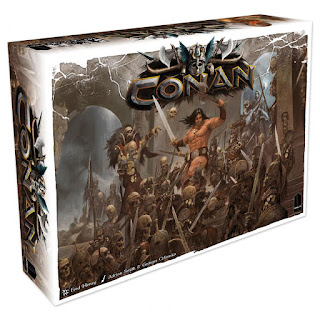 Conan is a board game of pulse-pounding Hyborian adventure for two to five players.

Set in the world of Robert E. Howard's iconic barbarian, the game pits one to four heroes against a nefarious Overlord and his minions. You immerse yourselves in a far-ranging array of scenarios, all boasting healthy doses of swords and sorcery. Then you resolve your battles with an innovative combat system that almost lets you feel the strain in your muscles and the weight of your sword in your hand.

With its muscular combat mechanics, its evocative scenarios, the lavish maps upon which they're played, and the detailed miniatures with which you play them, Conan transforms your adventures into the stuff of legend! 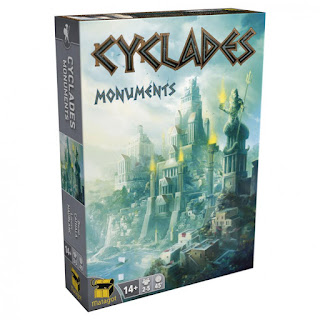 Bring the grand temples, lighthouses, and citadels of Ancient Greece to your gaming table with the Monuments expansion for Cyclades. This small-box expansion enables players to construct monuments that offer lasting strategic advantages. Each sculpted plastic monument offers a unique ability, from providing free armies to deploying mythological creatures into battle. Monuments is easy to incorporate and compatible with all other Cyclades expansions. 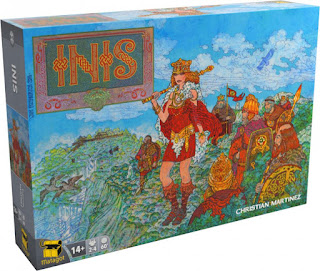 Become one of Ireland’s first chieftains in Inis, a two-to-four player board game designed by Christian Martinez. Inis invites you to experience the magnificent deeds of Irish myth as you explore the island’s enchanted landscape and claim territory for your clans. The game’s elegant mechanics combine card drafting and area control to produce a system rich in strategic options and interpersonal interactions. Brilliantly crafted tiles give every game a unique, gradually unfolding geography, while original art brings Ireland’s ancient epics and audacious heroes to life. 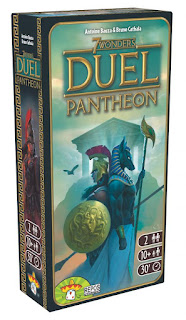 Add a divine element to your games of 7 Wonders Duel with the Pantheon expansion! Pantheon enables you to recruit deities from five different ancient Mediterranean cultures to become patrons of your developing city. Each god or goddess offers a powerful blessing such as fabulous wealth, military fortitude, or the means to thwart your opponent’s plans. Grand Temple cards make the game’s final Age intensely competitive by offering unprecedented points to you if you devote your city to divine concerns, and two new Wonders offer pathways towards victory by courting the favor of the gods. 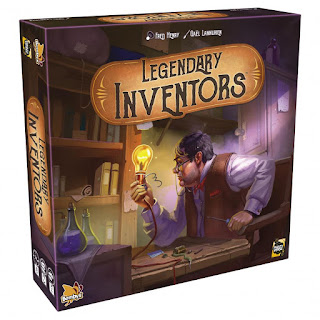 Lead a team of history’s greatest minds to glory in Legendary Inventors, a game for two to five players. Each player recruits the best and brightest of history’s real-world inventors to build the most capable and inspired team. Each of these rival inventing teams compete to patent spectacular new creations and hone the expertise of their inventors. Collaborate with your rivals to bring new inventions to life, but remember, only one team will go down in history as the world’s legendary inventors. 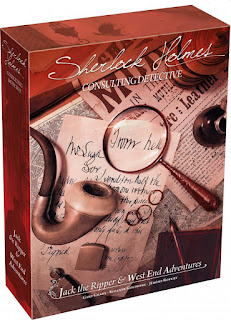 Enter the gaslit world of Sherlock Holmes in Sherlock Holmes Consulting Detective: Jack and the West End Adventures! This box can be played entirely on its own or used as an expansion to Sherlock Holmes Consulting Detective, but no matter how you play, you’ll face ten entirely new cases. Six of these cases are standalone adventures, while four others form a linked campaign that challenges you to stop the murders of the notorious Jack the Ripper! With a new map of London and Whitechapel district, new newspapers for every case, and ten new casebooks, it’s time to put your mind to the test!

Posted by ACD Distribution at 1:02 PM