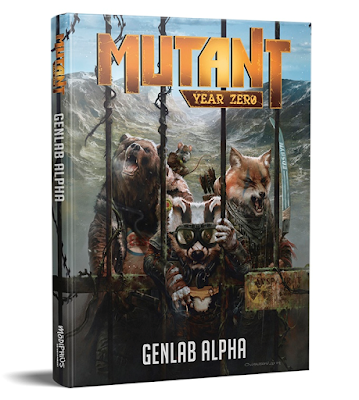 During the great apocalypse, humanity fled to the depths of the underground enclaves. In genetic laboratories, researchers tried to breed a new being, splicing human and animal DNA, creating a beast  intelligent yet strong enough to survive in the devastated world. The enclaves have fallen, but the animals’ fight for freedom has only just begun. 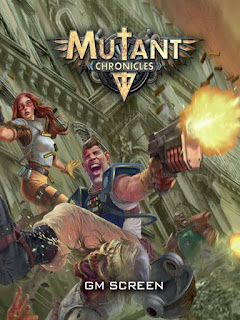 The official Mutant Chronicles Gamesmaster Screen is a high quality four panel gatefold GM screen to help power your Mutant Chronicles  adventures. The exterior features beautiful full color Mutant Chronicles artwork, and the inside cover contains useful tables and charts like combat momentum and critical injury to put all the important information at GM's fingertips, while keeping their secrets safe from the eyes of inquisitive players. 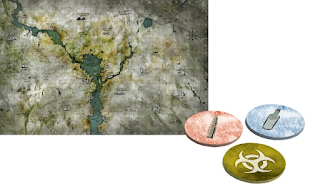 $21.99 SRP
Mutant: Year Zero takes you to the world after the great Apocalypse. Humanity’s proud civilization has fallen. The cities are dead wastelands, winds sweeping along empty streets turned into graveyards. But life remains. Among the ruins, the People live. You are the heirs of humanity - but not quite human anymore. Your bodies and minds are capable of superhuman feats. You are mutants. 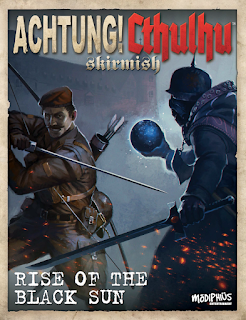 Transport your Achtung! Cthulhu adventures onto the battlefield with this full skirmish game rule set,  which allows you to fight some of the Secret War's most pivotal battles.  Take command of brave Allied forces like the Badger's Commandos and the Pathfinder Demon Hunters, and lead them to victory against the Axis hordes. Deploy special hero units like Sgt Brandon Carter, Professor Richard Deadman or Ariane d'Bois to take on the might of the Nazi war machine.  As the Axis, strike terror into your opponents by commanding the sorcerous Black Sun or the technology-obsessed Nachtwolfe, bringing new levels of fear onto the battlefield. Call on Unholy allies like the Deep One war party or the Servitors of Nyarlathotep to supplement your forces and crush the Allied threat.

Fully compatible with the existing Achtung! Cthulhu miniatures range.  Regular FREE missions and scenario sets throughout the year will expand and enhance your adventures 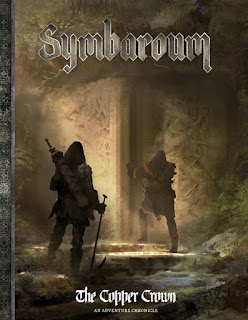 The Copper Crown features two independent sequels to the tutorial adventure included in the Core Rulebook and is meant to provide players and Game Masters with more advanced guidelines regarding the rules and game world of Symbaroum. The first adventure, The Mark of the Beast, deals with different kinds of problem-solving and introduces the players to the town of Thistle Hold. And in the second adventure, Tomb of Dying Dreams, the Game Master gets an example on how to design a so called adventure landscape, while the players finally get to venture out in the vast Davokar Forest. All in all, it will undoubtedly be a journey to remember!
Posted by ACD Distribution at 4:58 PM