All Privateer miniatures are supplied unpainted and assembly may be required. 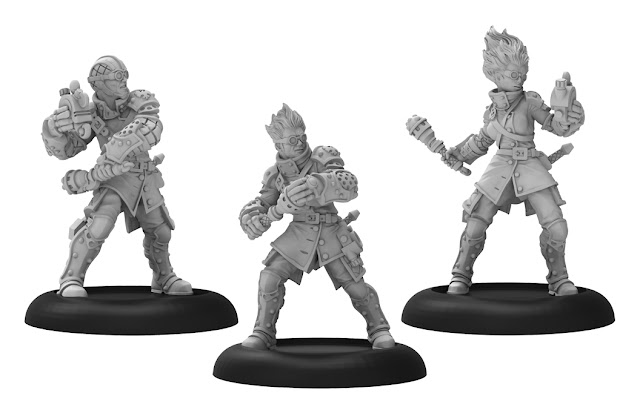 This is a new Cygnar unit featured in WARMACHINE: Prime. 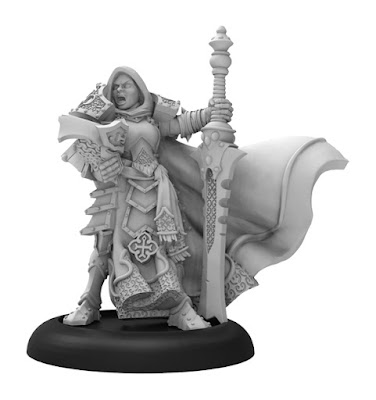 FEATURES: With MAT 8, Weapon Master, and Battle-Driven, the Knights Exemplar Officer brings additional hitting power to the already deadly Knights Exemplar unit. What really makes the officer stand out, however, is the combination of abilities she confers to her unit with her Granted: Cleave ability, which gives models in her unit an additional melee attack during an activation in which they destroy an enemy model with a melee attack, and her Tactics: Overtake ability, which allows models in her unit that destroy an enemy model with a melee attack to advance 1”. Together these two abilities allow Knights Exemplar units to potentially double their offensive output and give them a strong counter when faced with numerous lightly armored enemy infantry. 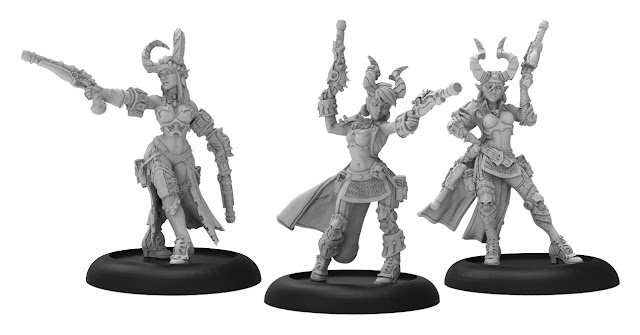 This is a new Satyxis gun mage unit for Cryx featured in WARMACHINE: Prime. 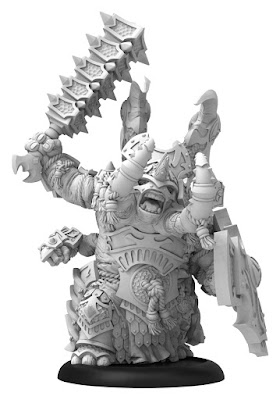 This a resculpt of the popular character warbeast Tiberion, now presented as a complete kit.

FEATURES: A highly popular character warbeast in the previous edition, Tiberion remains one of the most powerful melee warbeasts in all of HORDES in terms of raw damage potential. With ARM 21 thanks to its Shield, three high P+S melee attacks, Shield Guard, and access to Overtake when included in a battlegroup with Xerxis, Tiberion is worth every bit
of his 22-point cost. When Tiberion’s FURY 4 is combined with the Paingiver Beast Handlers’ Enrage ability, there are few opponents that can survive a single round of melee combat against Tiberion.

The saga of the Iron Kingdoms continues in this epic book by author Miles Holmes (Way of Caine), who returns to a familiar and popular character with his latest work. Mark of Caine finds the infamous gun mage Allister Caine now a fugitive from his own government and pursued by hired guns bent on murdering him. Yet it may not be Caine who committed the crimes of which he’s accused, despite overwhelming evidence that he’s a cold-blooded murderer. A fast-paced adventure to thrill every fan of WARMACHINE!
Posted by ACD Distribution at 4:19 PM