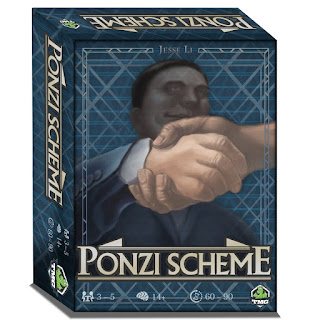 Based on the textbook example of financial scams, "Ponzi Scheme" is the term used to describe the technique Charles Ponzi employed in 1919 to operate one of the most notorious financial frauds in history.

In the game Ponzi Scheme, players are scammers trying to trick investors into funding fraudulent investments with the promise of extremely high returns. you need elaborate trading skills to keep your operation afloat as long as possible, and as time goes on the dividends you need to pay every turn will only pile higher and higher! When someone declares bankruptcy, the remaining fraudsters who forged the biggest shell corporation wins the game! 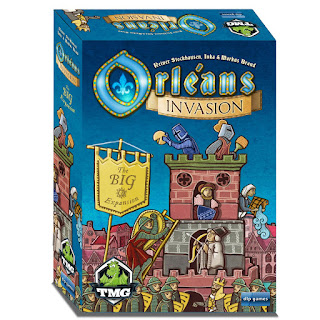 
Prepare the city to repel an impending Invasion in this new expansion for Orleans! Inside the box you'll find several different scenarios to change the game of Orleans - including cooperative play, solo play, head-to-head play, and secret objectives!
Posted by ACD Distribution at 10:31 AM