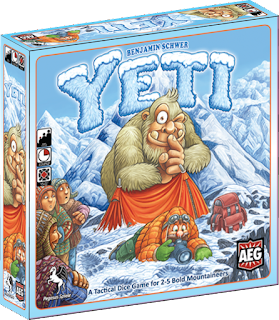 The Himalayas: freezing cold, peaks covered with snow, and steep crags. You take the role of a bold adventurer and mountaineer in search of the legendary snowman known as the Yeti, hoping to find its footprints somewhere in this inhospitable mountain region. If you are really lucky, you might even catch it on camera. To turn fortune in your favor, you can buy better equipment and hire local Sherpas who know their way around. Staying on the mountain lets you climb higher and into lesser known areas, improving your odds of making a discovery.  Be quick though: you are not alone–other adventurers came here with the same goal of proving the Yeti’s existence and becoming famous around the world. 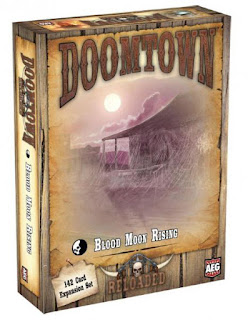 Gamorra has been saved, but nothing in this town stands still for long?

Following the epic battle against the Fourth Ring, the town is recovering from Hawley’s plague as well as Pasteur’s cure. Believing the danger over, Sheriff Grothe leaves town on a mission, allowing a new menace to fill the vacuum, the new leader of the Sloane Gang.

Doomtown: Reloaded is a fast-paced expandable card game set in the Deadlands™ universe of gun slingin’, spell slingin’ and mudslingin’! Use poker hands and card pulls for everything from gunfights to summoning abominations.

With 34 new cards, and four copies of each, and six new outfit cards,Pine Boxes give you new ways to customize your Doomtown decks. Whether you're looking to be shootin', spell castin' or just trying to show that you have more money and influence than the next person, Blood Moon Rising expands your options for takin' over Gomorra!

Contents:
This product is an expansion, the base game is required to play.

Posted by ACD Distribution at 5:15 PM