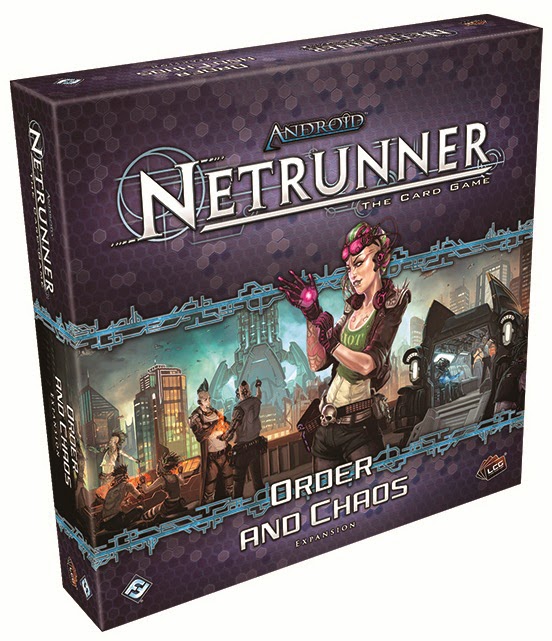 Where is humanity headed? Jack Weyland wants to take us to the stars, but what will be the human cost of his efforts?

In Order and Chaos, the third deluxe expansion for Android: Netrunner, three new subversive Anarchs seek to trash the bleeding edge ice and operations with which the Weyland Consortium intends to safeguard its most far-sighted and futuristic ambitions.

The expansion’s 165 new cards (three copies each of fifty-five individual cards) focus primarily on the Anarchs and Weyland Consortium, though all factions can benefit from its new ice, assets, programs, and resources. 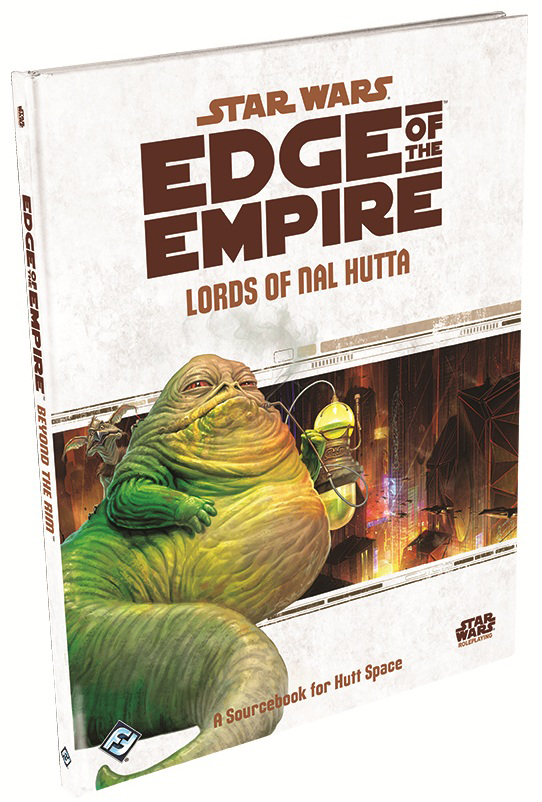 Lords of Nal Hutta is a Hutt Space sourcebook for the Edge of the Empire Roleplaying Game that allows you and your friends to escape the oppressive rule of the Empire and engage in devious schemes with the galaxy’s slimiest and most notorious gangsters: the Hutts.

In its 144 pages, Lords of Nal Hutta offers Game Masters all the information they need to bring the most corrupt and lawless stretch of the galaxy to life, including its history, new playable species, new creatures, challenges, and plot hooks. 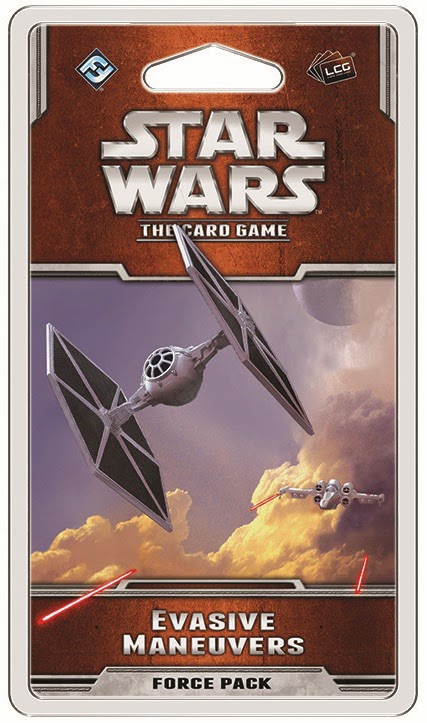 Evasive Maneuvers is the third Force Pack in the Rogue Squadron cycle for Star Wars: The Card Game. Its ten new objective sets (two copies each of five unique objectives) reinforce the cycle’s main themes as new pilots arrive to fly your starships to victory.

Meanwhile, as the Rebellion sends new capital ships to battle, you might interrogate prisoners with the Sith, or you might hire a deadly assassin in a dusty cantina on Tatooine. Call up your ace pilots, launch your starfighters, and dodge enemy fire with Evasive Maneuvers! 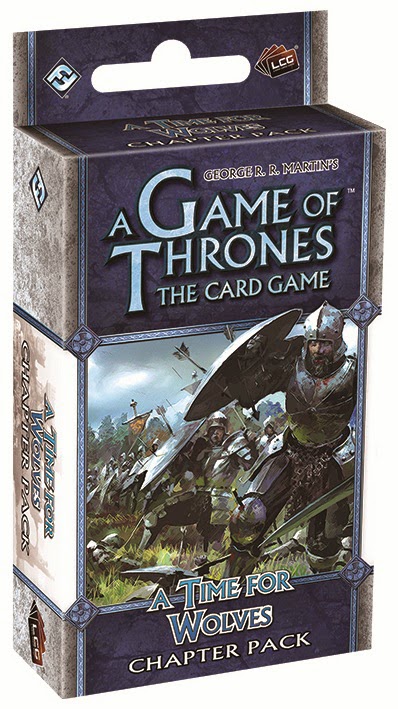 A Time for Wolves is the fourth Chapter Pack in the Wardens cycle for A Game of Thrones: The Card Game. As the realm’s most ambitious lords and ladies try to win the strength of the Vale to their cause, A Time for Wolves introduces sixty new cards (three copies each of twenty different cards) that ensure House Arryn and the Vale will make their mark.

Among the Chapter Pack’s twelve unique characters and locations, no fewer than five characters bear the House Arryn trait, including such notable figures as Petyr Baelish, Alayne Stone, and Lysa Arryn.

In the grim darkness of the 41st millennium, the Imperium of Man is beset on all sides by deadly foes, including the terrible spawn of Chaos that constantly spill out of the Warp. Protect yourself and your resources from these deadly forces with four new Warhammer 40,000 Dice Bags.

Each is crafted with a durable blend of polyester and nylon, features a polypropylene draw string, and displays bold, iconic Warhammer 40,000 imagery. Choose from one these designs: Imperial Aquila, Chaos Star, Ork, and Inquisitor. 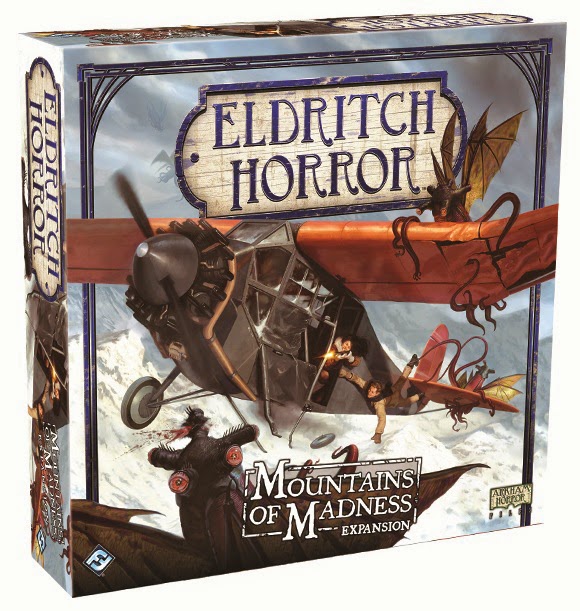 “Little by little, however, they rose grimly into the western sky; allowing us to distinguish various bare, bleak, blackish summits, and to catch the curious sense of phantasy which they inspired as seen in the reddish antarctic light against the provocative background of iridescent ice-dust clouds… I could not help feeling that they were evil things – mountains of madness whose farther slopes looked out over some accursed ultimate abyss.”
– H.P. Lovecraft, At the Mountains of Madness

Inspired by H. P. Lovecraft’s novella about a Miskatonic University expedition that awoke ancient and deadly creatures, Mountains of Madness opens up to investigators the frozen expanses of Antarctica and releases horrors that have hibernated in the ice for eons. You may find in Antarctica solutions to many perplexing mysteries, but you will also encounter there profoundly disturbing sights and nightmarish new monsters.

This expansion features a side board depicting locations throughout Antarctica, from the Miskatonic Outpost to the City of the Elder Things, where numerous and terrifying encounters await you. Two new Ancient Ones, including the very Elder Things that once dominated earth, threaten the end of humanity. Eight investigators offer new roles to play as you confront these chilling, inhuman threats. Numerous additional Assets, Spells, Artifacts and Conditions may help investigators or harm them, and for the first time, Adventures and Prelude cards shape the international struggle against the Ancient Ones. Do you have the strength to survive Antarctica’s frozen wastes, encounter the Mountains of Madness, and stave off the end of human civilization? 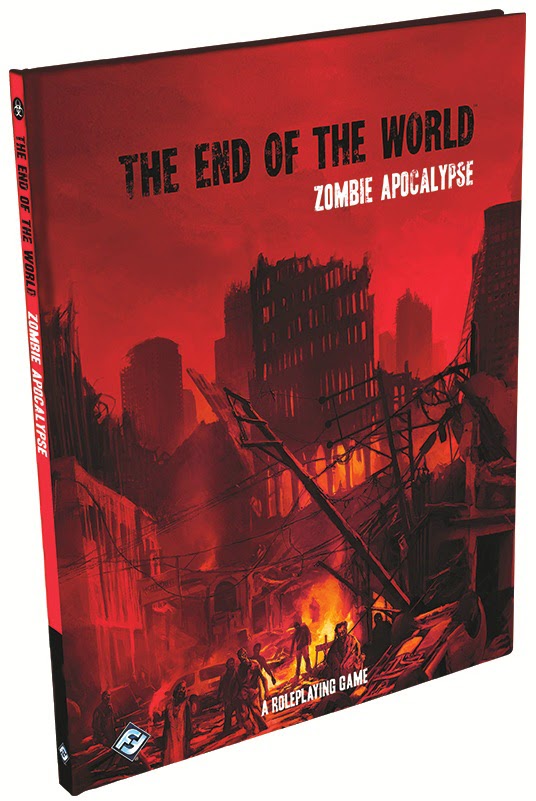 Come face to face with the living dead in Zombie Apocalypse, the first book in The End of the World roleplaying line!

This roleplaying game offers you the chance to imagine unique adventures, playing as yourself during the tumult of the apocalypse, relying upon your own skills, wits, and talents to survive. Five scenarios each offer a different setting and sub-genre for the rise of the undead. Moreover, each scenario contains sections for both the apocalypse and post-apocalypse, challenging you to navigate the initial panic and forge a new life after the world’s ending. 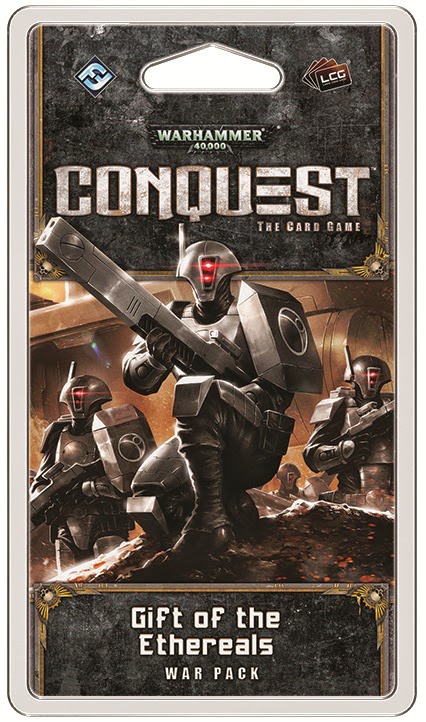 Lead your warriors into battle and inspire them to new heights of greatness with Gift of the Ethereals, the third War Pack in the Warlord cycle for Warhammer 40,000: Conquest!

A new warlord for the Tau Empire arrives to help your Ethereals march your Tau armies onwards to victory. Alternatively, you can reinforce the forces of another faction. Whether you lead a Waaagh! with the Orks, hire Dark Eldar mercenaries, or harness the power of Eldar psykers, the sixty cards in this War Pack offer units, supports, events, and attachments to help you conquer the Traxis sector. 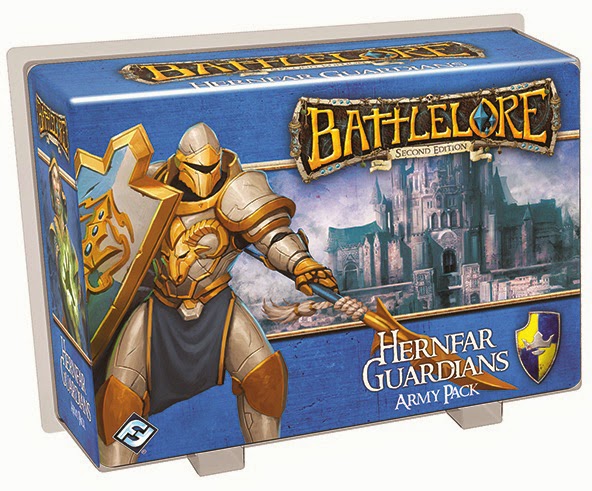 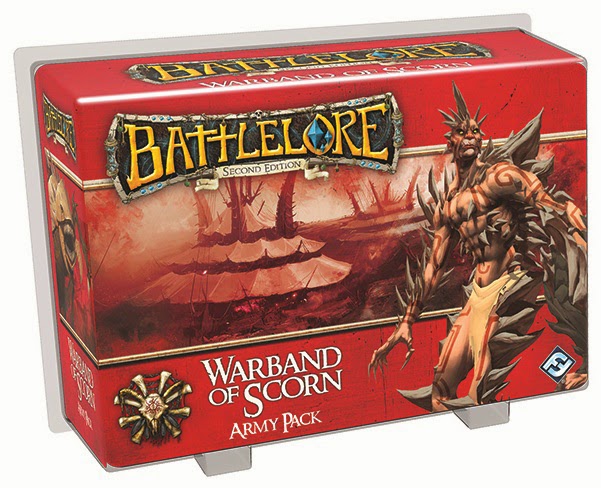 These units are represented by twenty-eight sculpted figures and accompanied by nine additional Blood Harvester figures, as well as army cards featuring tips for integrating your new units into your Uthuk Y’llan armies. Finally, a host of scenarios, terrain tiles, and lore cards introduce new tactical challenges for your Uthuk Y’llan and their demonic strength.
Posted by ACD Distribution at 2:30 AM