New From Clash of Arms 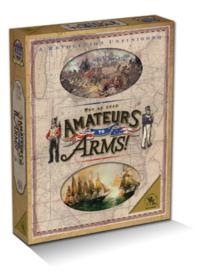 COA1203-128
Amateurs, to Arms!
$ 98.00 SRP
In time for the Anniversary of The United States' ill-fated invasion of Canada, 'Amateurs, to Arms!' is a historical simulation of the War of 1812, playable in three hours or less. Once player commands the British/Canadian forces while the other plays the Americans. The game includes all of the theaters of battle including the US/Canadian border and the Great Lakes, the wilderness of the old Northwest, the Atlantic coast of the US, the Civilized Indians of the south and the site of Andrew Jackson's dramatic victory at New Orleans.
Available Now! 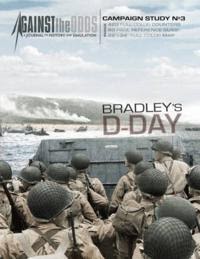 COAATO-CS3
ATO Campaign Study #3 Bradley’s D-day
$ 44.95 SRP
ATO Campaign Studies have more pages, bigger games, and all the articles inside focus only on the included game. Bradley's D-Day has a large main article plus supporting material on the units, logistics, terrain, weapons, intelligence, politics, and what-ifs, etc. The game of Bradley's D-Day looks at the American efforts all along the right flank of the Normandy landings. While Utah seemed relatively easy, it was there, at Omaha Beach, where the Germans came closest to derailing the greatest sea-borne invasion of all time. Behind both beaches, two famous airborne divisions were scattered all over the countryside, and fought by twos and twenties to accomplish a semblance of their missions. Call it the "Longest Two Days," because that is the time-period covered in Bradley's D-Day. Forty-eight hours of some of the most critical action in American history. 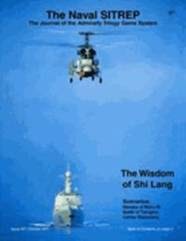 COASITREP41
The Naval SITREP #41
$ 6.95 SRP
The newsletter of naval combat in the 20th Century. Authoritative source for all information for the Harpoon and Command At Sea miniatures games. Includes new scenarios, new rules, and news of developments in naval warfare.
Posted by ACD Distribution at 1:00 PM