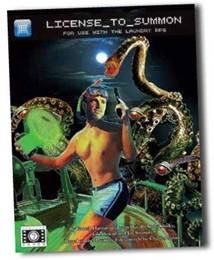 CB71205
Laundry Files: License to Summon
$ 24.99 SRP
Like Fighting Fire with a Molotov Cocktail Wisely did Ibn Schacabao say, that happy is the tomb where no wizard hath lain, happy the town whose wizards are all ashes, and happy the line manager whose wizards hath filled in their timesheets for this Sabbat-night.

The Laundry that top-secret, bottom-drawer branch of British espionage was founded to ensure that magic is kept under control, and that no-one summons the Great Old Ones ahead of schedule. The best way to fight magic is with more magic, which is a little like fighting fire by hitting it with a Molotov cocktail.

License to Summon explores the dark side of Computational Demonology and arcane science within the Laundry, as well as the magic of other agencies... and other entities. 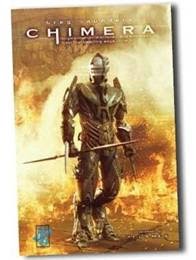 CB76403
In Flames: Chimera
$ 19.99 SRP
An Awesome Technology with a Sinister Purpose. Move aside, ultratech. The new nanotechnology discovered in the caverns of Cloud graintech is advanced beyond the understanding of even the most intelligent Shalk scientists in the Fire Council's employ. The greatest technological advances of recent times have come from decoding the barest fraction of graintech.

But is it as it seems? With the proliferation of these new technologies, the controlling intellect that manipulates the machines within Cloud extends its influence and it wants revenge!

Chimera is a sourcebook for this new technology, detailing devices that have become reality through the graintech work of Project Chimera along with the hidden perils of this new tech. 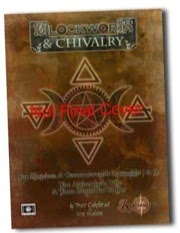 CB76107
C&C: Kingdom & Commonwealth
$ 24.99 SRP
A Renaissance England Blasted by Magic and War January 1646, and the land is in the grip of an icy winter. From Prince Rupert's capital of Oxford, the Adventurers set out on a quest for the missing wife of a high-ranking Alchemist.

Ahead of them, a ruthless Parliamentarian agent leaves a trail of destruction; behind them, a mysterious figure dogs their footsteps. And they are bound lands tainted by the magical aftermath of ruthless alchemical warfare . . . . 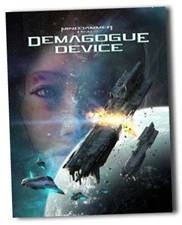 CB7719
SA: The Demagogue Device
$ 12.99 SRP
A Dark Secret Lurks in the Mindscap. The Rausen Array: A haven for New Traders and cut-throat conspiracies, its planets have stubbornly resisted Commonality integration. And now the Security and Cultural Integrity Instrumentality SCI Force has learned that one of the planets in the Rausen Array has been smuggling advanced weapons technology through the Commonality embargo with the help of someone inside the Commonality.


The Demagogue Device is a complete multi-episode mini-campaign for the Starblazer Adventures RPG and Mindjammer campaign setting.
Posted by ACD Distribution at 8:16 AM