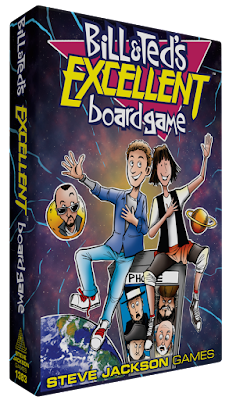 In this most-excellent board game, each player controls an alternate-timeline version of Bill & Ted. Travel the circuits of history in the phone booth to collect historical figures in order to pass your oral history exam tomorrow.

The player with the highest exam score at the end of the game goes on to form Wyld Stallyns - the greatest and most influential rock band in the history of time. A most-triumphant utopian future awaits (where even the dirt is clean)! 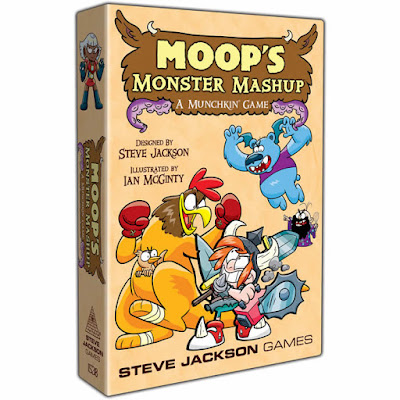 Moop’s been making Monsters by mashing things together. First the Kangarooster, then the Drizzly Bear...when will it end?! Now you’re down in his dungeon, fighting those monsters and taking their stuff! And the Treasures are just as weird as the Monsters! 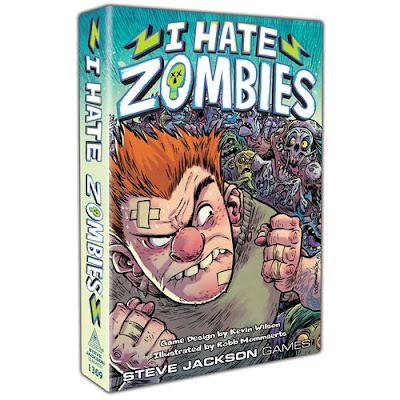 Yet again, a ravening horde of horrible zombies shambles forth to devour the living. The last survivors of humanity face off with dirty, brain-guzzling zombies in battles that will decide the fate of the world!

Designed by Kevin Wilson and beautifully/disgustingly illustrated by Robb Mommaerts, I Hate Zombies is a retail edition of BoardGameGeek.com's very first published game! 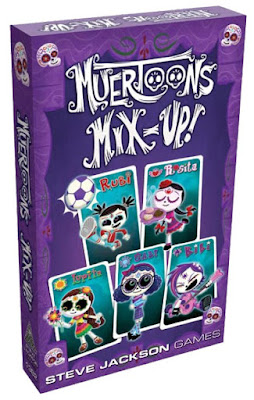 Based on the popular kid’s show, Muertoons Mix-Up shows you the way to the Dia de los Muertos celebration, all with the help of Rosita, Bibi, Rubi, Lupita, and Gabi. With simple rules and colorful art from the show, Muertoons is sure to please little ones.