New from Greenbrier Games! Zpocalypse 2: Defend the Burbs & Into the Wasteland! 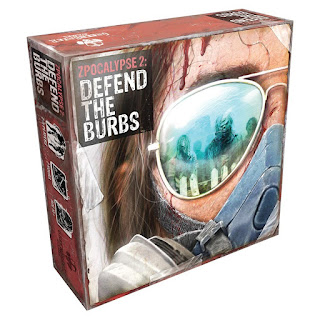 When the city was overcome, we thought, 'This is the end.' Then they bombed us, and we were sure it was over. Somehow, I don't know how or why, but somehow we survived the onslaught. There were only a few of us, but we escaped the pit of hell that was the urban wasteland. They always say the suburbs have it better, right? They weren't hit nearly as hard; we've found a sturdy house. It still has a roof and everything. We're hungry, tired, and it's a struggle to hold back the dead from their nightly assaults, but we're still here, we're not going down yet. 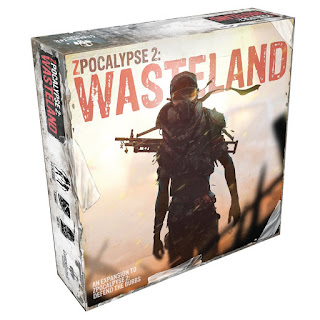 As the sun sets on another day of defending the Burbs, you can't help but ask yourself, "Is this all there is? Are we truly doomed to live out our days in this suburban purgatory?"

Players brace enough to venture out beyond their white picket fences and take to the highway will find themselves greeted by mutants, bandits, mad scientists, and more.

Not a standalone game. Requires Zpocalypse 2: Defend the Burbs
Posted by ACD Distribution at 5:12 PM