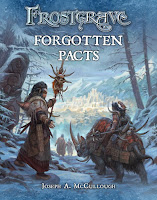 In this supplement for Frostgrave, players lead their warbands into the northern reaches of the city, exploring the ruined temples of the Frozen City to search for the lost secrets of evocation - the art of summoning demons. While the lure of such knowledge is great, few wizards have ventured into this region as it is overrun by barbaric northern tribesmen who have descended from the hills in their own search for treasure. Marking themselves with demonic sigils, many of these barbarians have aligned with ancient powers discovered amongst the temples. Along with a host of new scenarios focusing on the exploration of the temples, the book also contains new treasures, spells, soldiers, and creatures that can be found amongst the ruins.

In 1986 Paul Crickmore's first groundbreaking book about the Lockheed SR-71 Blackbird was published. At that time, the Cold War was at its height and the SR-71 was an integral element in securing crucial intelligence from all parts of the globe. The highly sensitive nature of its missions couldn't be compromised, and it wasn't until the end of the Cold War that the operational exploits of this incredible aeronautical masterpiece could be openly written about.

As time passed has more and more information has come to light, with a vast number of official documents declassified and key military figures able to talk openly about the Blackbird program. Paul Crickmore has used these updated facts to revise his previous history of one of the world's most iconic aircraft of all time, creating what will surely be considered the definitive, timeless volume about the SR-71 Blackbird. 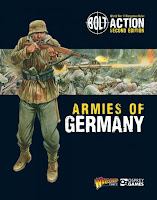 Revised and expanded for Bolt Action 2nd Edition, this book provides players with all of the information they need to command Germany's military might. Detailed unit options and theater selectors allow players to build armies for any of Germany's campaigns, from the Blitzkrieg against Poland and France, through North Africa and the Eastern Front, to the fall of Normandy and the defense of Germany.

$30.00 SRP
Drawing on more than a half-century of research and teaching, Dennis Showalter presents a fresh perspective on the German Army during World War I. Showalter surveys an army at the heart of a national identity, driven by–yet also defeated by - warfare in the modern age, which struggled to capitalize on its victories and ultimately forgot the lessons of its defeat.

Exploring the internal dynamics of the German army and detailing how the soldiers coped with the many new forms of warfare, Showalter shows how the army's institutions responded to and how Germany itself was changed by war. Detailing the major campaigns on the Western and Eastern fronts and the forgotten war fought in the Middle East and Africa, this comprehensive new volume reveals operational strategy, the complexities of campaigns of movement versus static trench warfare, and the changes in warfare.

OSPGNM6818
No Victory in Valhalla: The Untold Story of Third Battalion
506 Parachute Infantry Regiment from Bastogne to Berchtesgaden

$17.00 SRP
The final volume of Gardner's critically acclaimed biography of the Third Battalion 506 Parachute Infantry Regiment–the sister company to the famed Band of Brothers–this book traces the battalion's actions in the frantic final days of the war in Europe. Exhausted and battered following the disastrous Market-Garden campaign, the 506th were due three months of R&R, but were rushed back in to halt the desperate German attack during the Battle of the Bulge. When the offensive was finally halted after months of fighting the 506th pushed on into Germany where Ed Shames was the first Allied soldier to enter Dachau before the unit were sent to occupy Hitler's mountain retreat at Berchtesgarden. Based on extensive interviews and first-hand accounts, this volume relives the struggles of the paratroopers of the renowned 'Screaming Eagles' in some of the toughest fighting of World War II, bringing the story of their defiant unit to its conclusion.

Posted by ACD Distribution at 4:46 PM