You won't believe it! These penguins are real rascals: if your flick is good enough, they can slide not only straight, they can make curves and even jump over the walls.

Each player will have to use the best of their skills in order to get the most points in this fun and exciting game. It's not just cool, it's ICE COOL!

Agile acrobats, swift jugglers and brave fire-eaters - that's circus as you know it and finally you can be part of all of the fun!

Voilà! is a fast-paced dexterity and push-your-luck type of game that will challenge your agility and finger swiftness.

All those fies look so tempting — your frog might just catch them! But it’s a risky business as the hedgehog might be expecting this. “OmNomNom” and the frog is gone... Outguess your opponents, play your predator cards and be careful not to be captured yourself!

You have a hand full of predators and boards full of prey. Capturing the prey gains you victory points but you need to be clever as only smart play prevents your predators from becoming someone else’s prey. 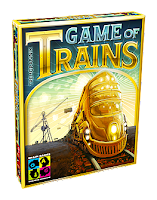 Game of Trains is a family card game where each player is in charge of his line of rail cars. The cards have super abilities that bring fun, thrill and surprises to the game. Who will be the first to get the rail cars in order?

While changing your rail cars in ascending order, you have to be observant for what your opponent's moves are and smart to use cards' abilities to help your train or to stop your opponents from winning. 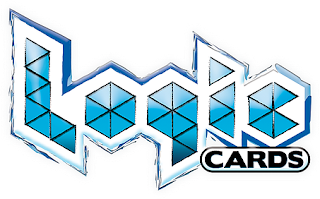 Logic Cards is a set of logic, geometry, and mathematical tasks to tease your brain. It comes with an augmented reality app, that shows you animated solutions for each challenge.

The challenges have various difficulty levels to choose from. The pack fits in your pocket and you can take it anywhere with you.

It's educational, it's math, it's smart, and it's a maze of IQ boosting fun! Enjoy yourself!

Logic Cards Kids is for 6-10 year-olds. It includes 53 cards with number, logic or geometry challenges in fun images. Cards have 3 difficulty levels.