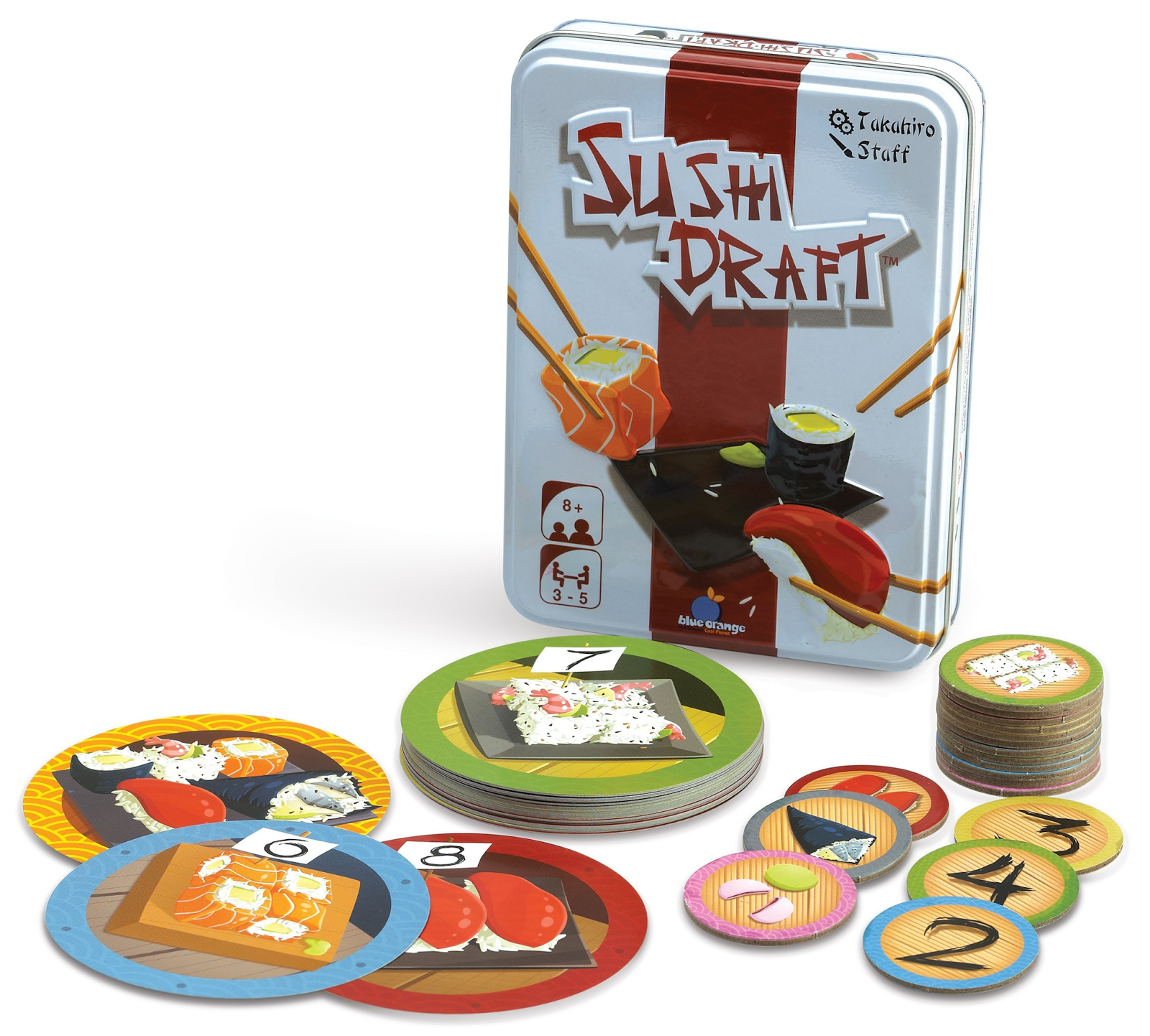 Who is hungry for sushi?!

Sushi Draft is a card drafting game where your objective is to score the most points by eating the most of different types of sushi.

Each turn, you will choose one of your sushi to eat. You will then pick one of your remaining sushi to keep in your hand, and pass the rest of them on to the next player (who will add them to the card he kept). The game continues, with players picking and passing cards until each player has eaten five sushi.

After each round, players are awarded score chips if they ate more of one type of sushi than anyone else. And dessert goes to the player who ate the most diverse collection of fish! The player with the most points at the end of the game wins. Take control of the armies of the Roman General Flavius Aetius or the infamous Attila the Hun, and lead your troops onto the field of battle!

In this chess-like abstract strategy game for 2 players, your objective is to trap your opponent by scorching the earth with your flaming arrows and strategically positioning your own troops so that your opponent has nowhere left to run. 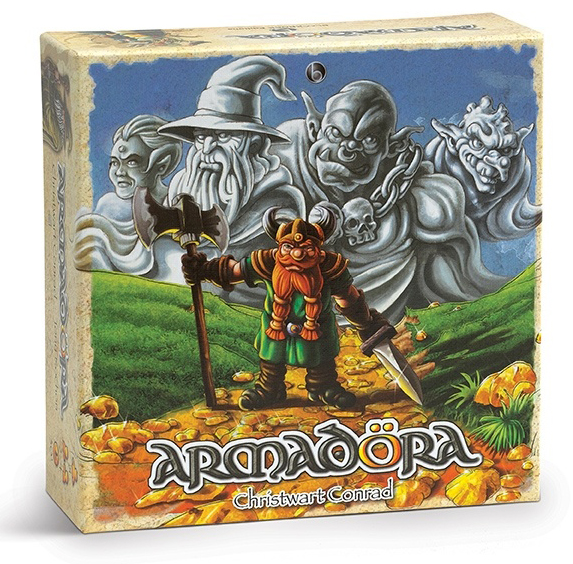 The dwarves of Armadora are shaking in their mining boots, because the Orcs, Goblins, Wizards, and Elves have discovered their untold wealth, and are sending their troops to lay claim to the land and its treasures.

In this 2-4 player territory control game from designer Christwart Conrad, your objective is to steal the biggest portion of gold from the dwarven mines. Each player plays as one of the 4 classic fantasy archetypes (with optional special powers). 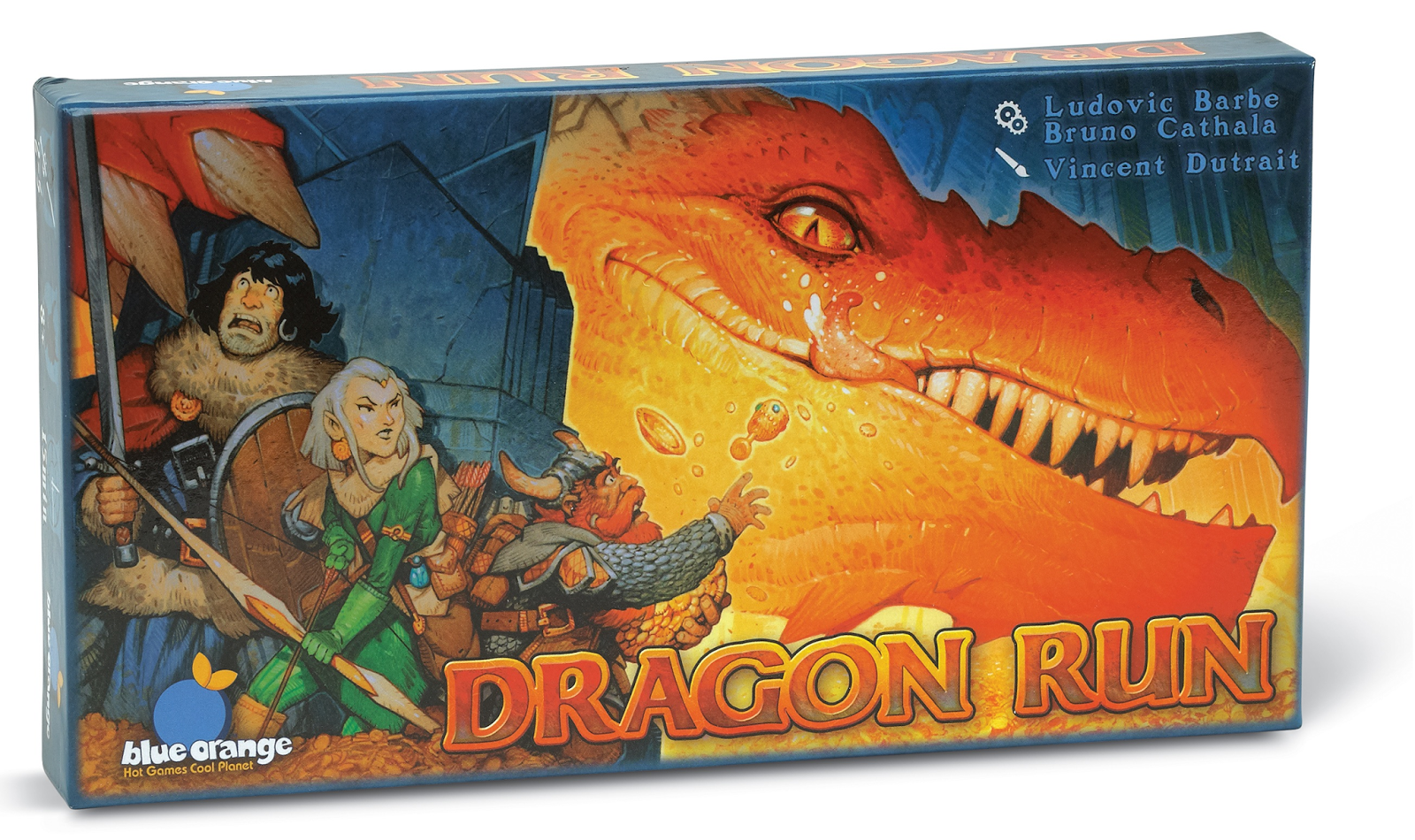 The dragon has awoken, now run for your lives!

In this press your luck, dungeon-crawling card game from Bruno Cathala, (Longhorn, Five Tribes, Shadows Over Camelot), players take control of one of seven unique adventurers (each with their own special powers), as you race to escape the wrath of the dragon!

Dragon Run is easy to learn and quick to play, and features beautiful art from renowned illustrator Vincent Dutrait. Each turn you will be given three options:

2) Sneak carefully: throw some treasure to distract the dragon, and try to hide yourself in the shadows to avoid his wrath.

3) Cry like a baby: stay where you are and surrender all your dignity, and some of your treasure, for the rest of the turn.

Eventually, the dragon will either lose interest in the chase, or burn you all to a crisp! Whoever escapes with the most treasure wins the game.
Posted by ACD Distribution at 2:30 PM