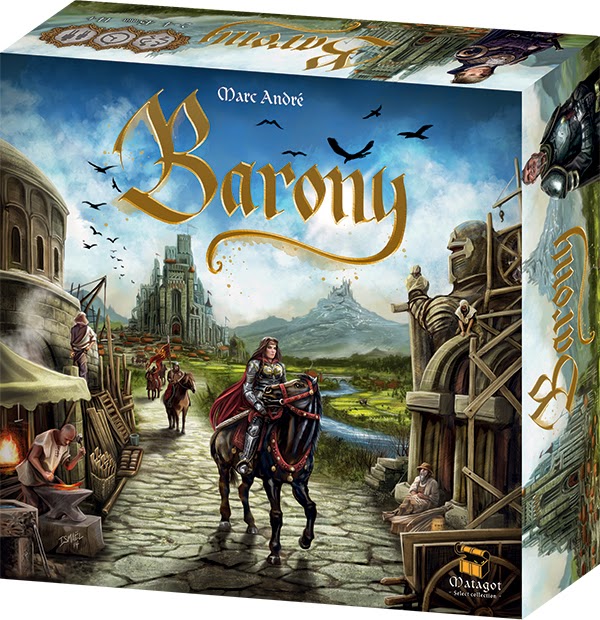 On the outskirts of the Empire, the tension is palatable: in the race for power, your struggles take on more and more challenging proportions.

As a baron, you rule one of the four most influential families of the region. With your army of knights, you have to reach the most rich and fertile lands, colonize them and above all, defend them against your opponents! You have also to climb the ranks in order to, one day maybe, become the new King!

At the beginning of the game, the board is randomly created, making each and every game very different and with only six actions (Train, Move, Rally, Build Village, New City, Gain Title) and one action per round, it is simple to understand and fast paced!

Players need to expand fast but maintain solid defenses. You can train new knights in your cities, they can move to conquer new lands or rally new allies from the border realms. The hexagones representing various terrain types that, once occupied, allow players to build towns that may eventually become new cities. Depending on the type of terrain you build on, you will collect different resources which can be traded off in order to gain a title.

When a player reaches the Duke level it triggers the end of the game and the player with the highest number of points will become King! 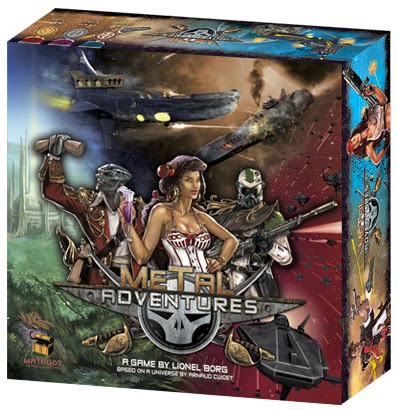 Space Pirates are battling for Honor, Glory and Wealth! Join them in their exploration of the Universe and their quest for victory. Players will explore, offer challenges, and engage in alliances; battles will be waged and mighty spaceships are key to victory!

In the Metal Adventures card game you’ll use cards to explore, enhance your ships, and rise up to bold challenges to achieve your ultimate destiny. Dice will cast the shadow of uncertainty and risk that really make a Pirate’s life exciting. The diplodocus is clearly heavier than the tyrannosaurus, but what about the brachiosaurus? Maybe that the stegosaurus is lighter than those three, but does it weigh less than a wooly mammoth?

In Cardline Dinosaurs, these are the kind of questions you’ll be faced with each time you want to place one of your cards. There’s only one goal here - to be the first one to correctly play all of your cards. Sounds easy right? But these questions are tougher than a triceratop’s horn or was it an ankylosaurus’s armor?

This box contains 110 cards built around the theme of dinosaurs and other prehistoric animals. All of these cards are compatible with the cards from the Cardline Animal series. 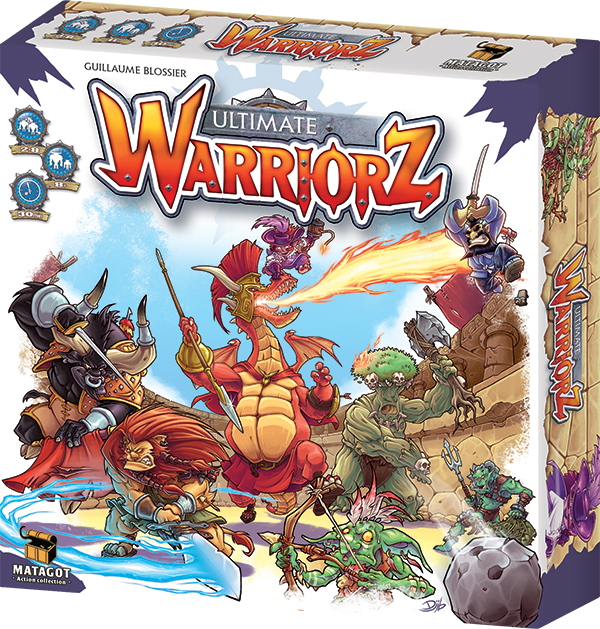 It’s time for the great Tribal Rumble! This ritual battle takes place in the sacred arena and the best Warriorz from all the different tribes, clans and races are gathered. There will only be one winner to be named chief of the legendary End of the World Island. The one, the only, the Ultimate Warrior!

In the game, each player picks one of the characters, then either individually or in teams they fight it out in the small arena by carefully managing their action cards. After each player picks an action card in secret, players act in order of initiative with a player calling out their action when their initiative number is called. Faster characters tend to be weaker, but ideally they can get their best shots in first, with dice being rolled to determine the results of various attacks.

Each character card is unique with four characteristics important for attacks; melee attack, ranged attack, speed, initiative, and each character has two unique actions to inflict on others! Victory in this battle will require expert timing! Use your secret technique at the right moment, take advantage of your magical items to do the most damage and above all else avoid your opponents’ attack!