New from Fantasy Flight Games! XCOM: The Board Game and The Witcher: Adventure Game! 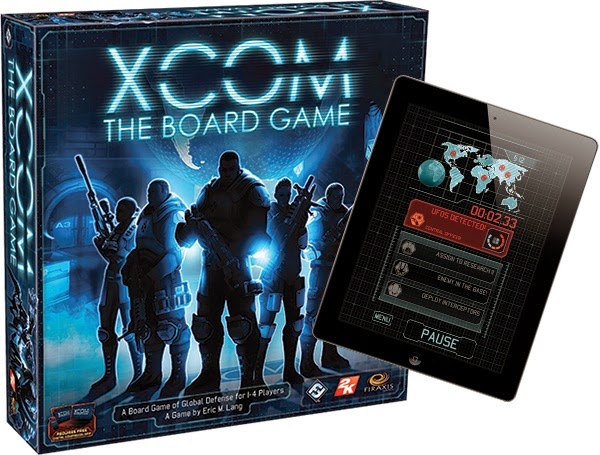 Paris has fallen. New York is a pile of rubble spilling into the Atlantic. Alien attacks against Nanjing and Changzhou prompt widespread panic throughout the streets of Shanghai. Defense satellites detect UFOs in orbit over Mexico, Russia, and Brazil. Military responses have proven ineffectual. Fear and anxiety lead to widespread riots. Human civilization stands upon the brink of collapse…You are humanity’s last hope.

In XCOM: The Board Game, the alien invasion has begun. Early encounters have only served to prove that the world’s militaries are hopelessly outgunned. As the department heads of XCOM, you and up to three friends assume the roles of the leaders of the elite, international organization known as XCOM. It is your job to defend humanity, quell the rising panic, and turn back the escalating alien invasion coordinated by the game’s innovative, free digital companion app. Where the world’s militaries have failed to stand against the alien invaders, you must succeed.

To do so, you must make strategic use of the resources available to you. You must launch Interceptors to shoot down alien UFOs, assign soldiers to key missions, research alien technology, and use that technology to defend your base, all while you try to keep the world from collapsing just long enough that you can coordinate one final mission to repel the invaders for good.

With its distinctive player roles and free companion app, XCOM: The Board Game evokes all the fear, desperation, and heroism that lie at the heart of the popular and acclaimed XCOM computer games. All the while, it immerses you in a wholly unique play experience.

Destroy UFOs. Research alien technology. Defend your base. Uncover the alien invasion plan. Should you fail, humanity is doomed. 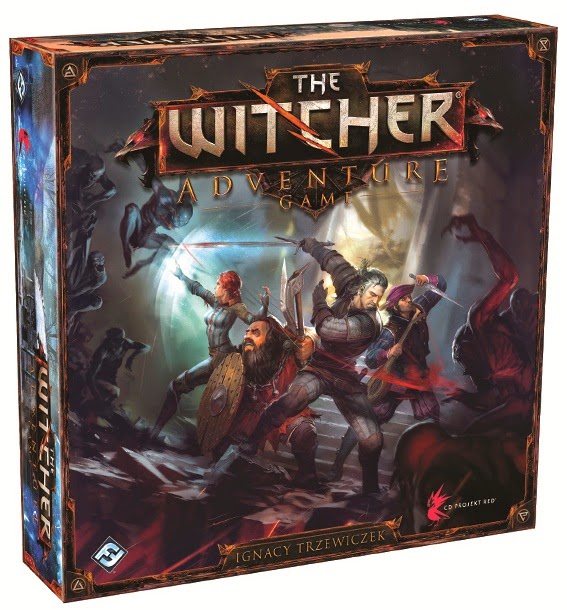 The Witcher Adventure Game takes players on a journey across the world of The Witcher, a detailed world, rich in lore and characters, fleshed out by Andrzej Sapkowski’s famous series of novels, and honed by The Witcher video game trilogy.

Players assume the roles of four distinct characters from this series: Geralt of Rivia, monster slayer; Triss Merigold, cunning sorceress; Yarpen Zigrin, dwarven warrior; and Dandelion, roguish bard. Each character has unique skills and multiple ways of overcoming obstacles, but you decide what to do during the game: Do you fight your way to victory, call on your charm, or try your hand at diplomacy? You can bring enemies around to your point of view with a sword as Geralt - or bribe them with gold and threaten to call on powerful friends as Dandelion. If a situation calls for strength in numbers, Yarpen has his own fellowship of dwarves to command, and Triss can rely on her expert skill with magic to save the day.

Each character has its own deck of Development Cards, so each time you play you can discover something new by trying out varied characters and experimenting with different builds. For example, when playing as Geralt of Rivia, the main hero of the Witcher franchise, you can develop your character either by specializing in brewing and utilizing combat Elixirs, or else by growing your ability to cast powerful Witcher Signs.

A variety of quests invite players to hunt monsters, earn gold and interact with the characters they meet in a web of alliances and treachery. Decide whether you’ll help the other players or look after your own interests first, and keep an eye on the progress of your friends while you carefully work your way towards victory. Along the way, you’ll craft an unforgettable narrative, unique to each and every game.