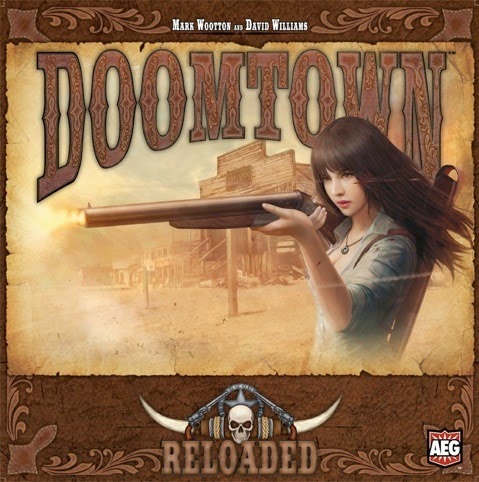 Welcome to Gomorra. A bustling settlement in the Weird West. Rebuilding after a cataclysm, the citizens of the town struggle to remake their lives. Now is your chance to take it to the streets of Gomorra and show who runs the most dangerous boomtown in the West.

Doomtown is an expandable card game set in the Deadlands universe. Based on the classic collectible game, Doomtown: Reloaded is a fast-paced game of gun slingin’, spell slingin’ and mud-slingin’! Use poker hands and card pulls for everything from gunfights to summoning abominations.

Doomtown is a game with a story, it puts you in charge of one of the four main outfits vying for control of Gomorra: The Law Dogs, the Sloane Gang, the Morgan Cattle Company, and the Fourth Ring. Who will control the town? Grab your hat, saddle your horse, and load your gun. You have a town to claim. 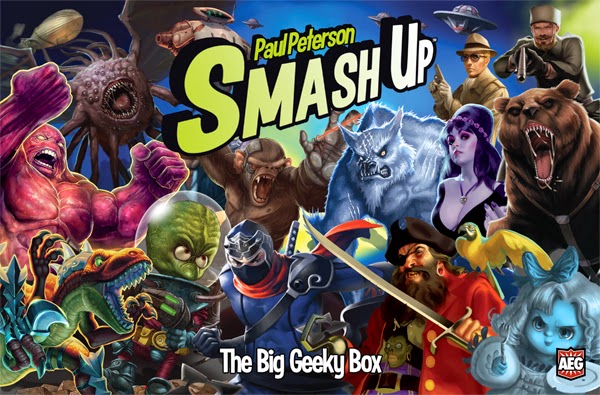 This oversized box features three long trays for holding your Smash Up factions, as well as high quality dividers for sorting.  It also comes with the really cool foam spacers that people loved in Thunderstone and Nightfall. Organization was never this hot!

Not only that, but the box comes with a bonus faction, the Geeks!  Featuring Geek and Sundry, this deck will allow you to geek out like never before.  Geek Dinosaurs, Geek Spies, you name it! 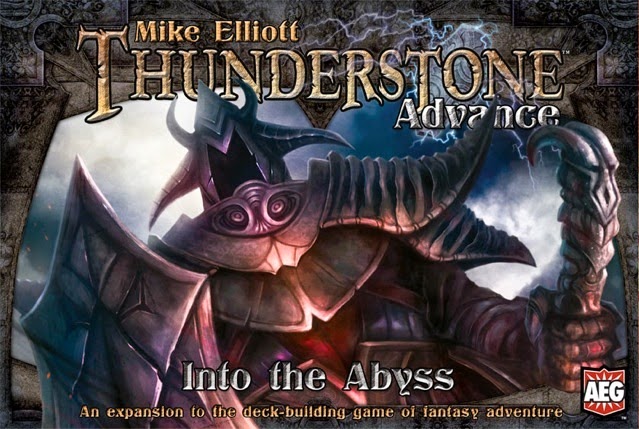 Battling to the heart of Doom’s kingdom, surrounded on every side by Undead, new powerful Doomknights, and countless monsters of the Abyss, can the heroes finally put the ancient evil to rest?

Thunderstone Advance: Into the Abyss continues the story of survival in the forsaken realm.

This set showcases a blend of 381 cards from the first six Thunderstone releases, together with some new heroes, spells, items, villagers, and monsters. It also incorporates alternate uses for experience tokens and fourth level heroes for this set and the companion set, Worlds Collide.

This set is an expansion and requires a Thunderstone Advance base set (such as Worlds Collide) to play.
Posted by ACD Distribution at 2:30 PM