New RPG's from Lamentations of the Flame Princess! 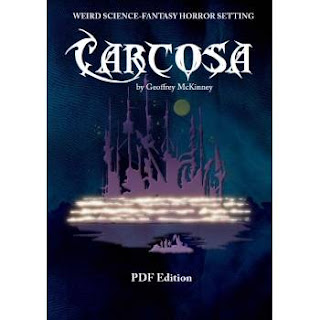 LFP0009
Carcosa
$ 44.99 SRP
Weird science-fantasy horror setting.
Carcosa is a science-fantasy role-playing game setting with a sandbox approach: whether heroic or opportune, adventurers of all stripes will find freedom and consequence worth their mettle in a horrifying milieu mixing adventure fantasy, the Mythos, and comic book sci-fi with no punches pulled.
Carcosa is compatible with Lamentations of the Flame Princess Weird Fantasy Role-Playing game and other old school fantasy adventure games. This expanded edition details 800 encounters on the 400-hex map and includes the starter adventure Fungoid Gardens of the Bone Sorcerer. 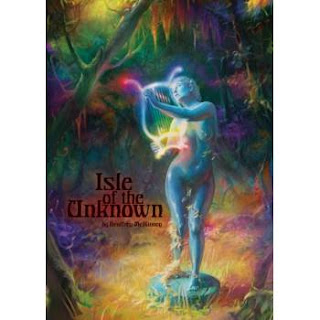 LFP0010
Isle of the Unknown
$ 32.49 SRP
A Setting Designed to be Placed in Any Fantasy Campaign!
Formatted as a hex-based adventure location, the Isle contains 330 unique challenges and locations, including over 100 new monsters and dozens of spellcasters with unique abilities.
The book contains over 120 full-color illustrations, including every single monster found on the Isle.
Compatible with Lamentations of the Flame Princess Weird Fantasy Role-Playing and other traditional fantasy role-playing games. 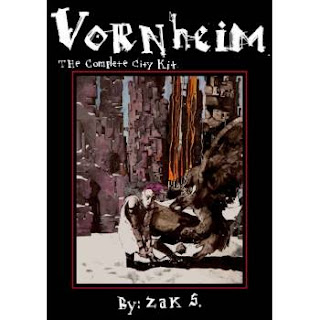 LFP008
Vornheim: The Complete City Kit
$ 17.49 SRP
Vast is Vornheim, The Grey Maze…
…but I'm not here to bore you with that. This book is not about Vornheim, it’s about running Vornheim – or any other city – in a fantastic Medieval setting. And about running it with a minimum of hassle – so you and your players can get to the good stuff…That’s why we called it a ‘Kit’ – you can use it to build your own city, even in the middle of a game. Give somebody a floorplan and they’ll GM for a day – show them how to make 30 floorplans in 30 seconds and they’ll GM forever.
– from the introduction
IMAGE
NOT
AVAILABLE
LFP102
Lamentations o/t Flame Princess: Gindhouse
$ 44.99 SRP
Mystery and Imagination, Adventure and Death

Beyond the borders of civilization, beyond the influence of manipulating politicians, greedy merchants, iron-handed clergy, and the broken masses that toil for their benefit, the ruins of ancient civilizations call to those bold enough, and desperate enough, to escape the oppression of mundane life. Treasure and glory await those courageous enough to wrest it from the darkness. But the danger is great, for lurking in the forgotten shadows are forces far more corrupt than even civilization. The price for freedom might be paid in souls.

LotFP: Weird Fantasy Role-Playing presents a sinister and horrific twist on traditional fantasy gaming and provides you with all the tools needed to create and run a long-lasting campaign tailored to your specific vision. Simple enough for a beginner – with material intended for those that have never before played a role-playing game – yet meaty enough for the veteran, this is a complete game in one box.

The Grindhouse Edition includes never-before-seen spells, magic items, and introductory adventure, as well as a revised layout and over 100 new pieces of fantastic art that will transport you into the nightmare world of LotFP: Weird Fantasy Role-Playing!
(Warning: Explicit Imagery! Recommended for ages 18+)
Contents:
• Tutorial Book (96 A5 pages) Introducing the Basics of Role-Playing
• Rules and Magic Book (168 A5 pages) A comprehensive reference for playing the game
• Referee Book (96 A5 pages) Tools for campaigns and adventure
• 7-piece Dice Set
• Character Sheets
Posted by ACD Distribution at 9:32 AM