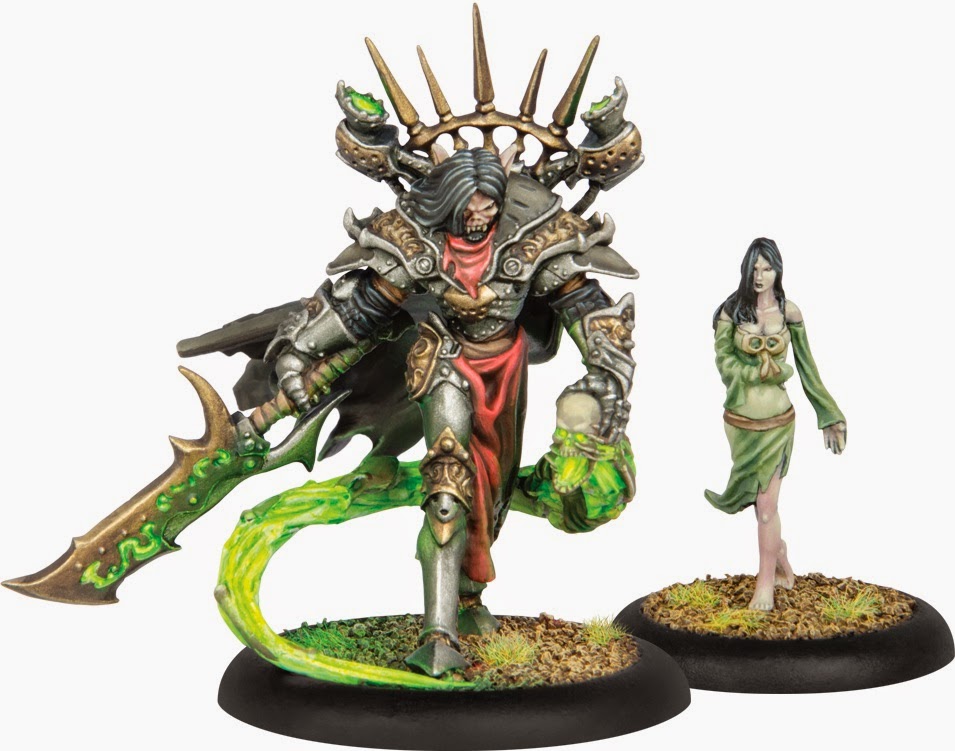 The abomination called Goreshade the Bastard was once known by a different name. Only decades ago, Ghyrrshyld ruled one of the most powerful houses of Ios. He was obsessed with the decline of his race, so he decided to take on the difficult responsibility of forcing the Iosans to confront their doom rather than hide from it. He immersed himself in monstrous experiments and dark rituals in search of Ios’ salvation, but his actions horrified his people and plunged his nation into civil war. Now an outcast, Goreshade serves Cryx in an alliance of convenience to further his research into the dark arts. 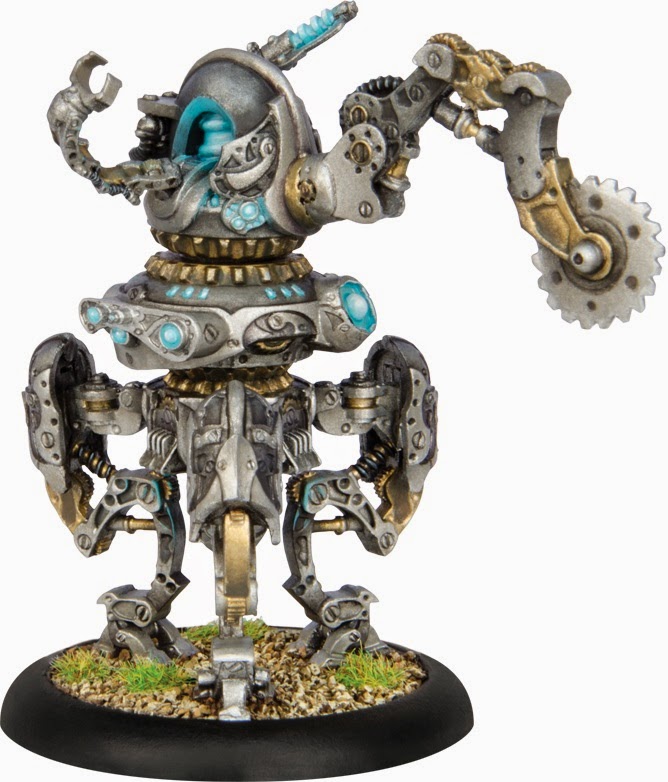 The oldest vector design still in use, the Galvanizers form the core of the Convergence’s vector armory. Galvanizers are equipped with metal saws powerful enough to rip through the thickest armor plating or cause horrific damage to flesh and bone yet precise enough to be used in conjunction with their field repair arrays for quick battlefield maintenance. This versatility makes the Galvanizer an indispensable battlefield asset.

As regal as its name suggests, the Imperatus was engineered to be without peer. The myrmidon wields a pair of blazing thermal blades to deadly effect, annihilating foes in a flurry of fiery impacts. At a distance it musters energy from its field to empower the Halation cannon, a weapon that can direct a concentrated burst of superheated energy with pinpoint accuracy. Its most astonishing feature is the Phoenix Protocol, a failsafe system that can rapidly restore the Imperatus to full fighting force.

Imperatus comes in a box (PIP35063). A player may field one Imperatus in a Retribution army.

Satyrs are elusive beasts, protected for centuries by the druids of the Circle Orboros. Only recently have these loyal creatures been called upon to join battles abroad. Gnarlhorn satyrs are creatures of pure strength and unyielding force, capable of ramming foes with steel-buckling power. Shadowhorns possess a nimble athleticism which lets them perform impressive feats in battle, such as using an attacker’s own momentum against it. Rip Horns are more cunning than their cousins but every bit as fierce, smashing into their enemies to break their lines and formations. 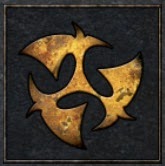 A talented blacksmith, Horgle Ironstrike has always been skilled with the manipulation of fire to bend metal to his will. His gifts awakened, he has mastered fire itself and wields it with brutal effect in defense of the kriels. Ironstrike has a special affinity for pyre trolls and slag trolls, taking their fiery innate abilities and stoking them to create a blazing inferno. 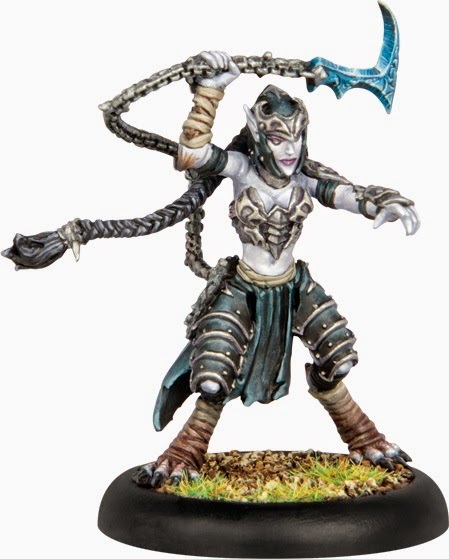 The nimble Fyanna is a blur of motion as she stalks her prey. She is one with the shadows and is rarely seen before she strikes. Her barbed lash flashes from surprising distance to topple and toss her hapless victims before she springs away, safe from retaliation and already preparing for her next victim.

Una the Falconer shares a special connection with the beasts that roam the skies. She sees through their eyes, giving her an unencumbered view of her surroundings. Her birds of prey hunt her foes at her direction, darting and diving to tear flesh from bone before soaring high again to ready for another strike. 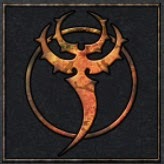 Few house leaders demonstrate the cunning and ambition that Tyrant Zaadesh does, and only time will tell if he is destined for a fast rise or a tragic fall. His warbeasts respond to his will like regimented soldiers in an army, reacting in lockstep to their master. Together with him his beasts function as a cohesive force, each acting in concert with the others to trample his foes with incredible coordination.

Smallest of all trollkin, pygs are known for their dexterity, their cunning, and their ability to lay complex ambushes and cooperate to bring down larger prey. Now they have guns. What they lack in personal discipline they more than make up for in enthusiasm and lethality. Moving ahead of trollkin forces, bushwhackers lie in wait to spring on the enemy, sometimes ending a battle before it begins. 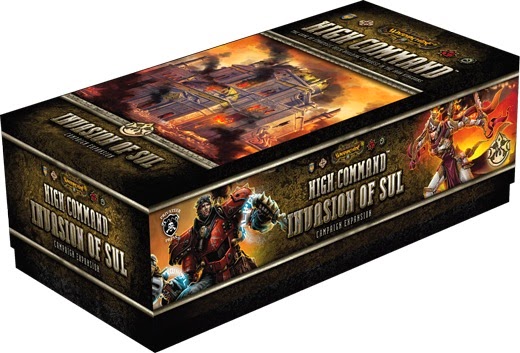 In the year 606 AR, the Sul-Caspia War began with Cygnaran forces laying siege to the Menite stronghold of Sul, the City of Walls. What followed was a brutal, protracted war of street-to-street battles that ended with devastating losses for both sides. The commanders of this momentous campaign shaped the history of the Iron Kingdoms. How will you fare in their place?

Customize your deck with powerful new cards and take command of the pivotal events of this historic war in the Invasion of Sul campaign expansion. Recreate one of the wars that changed the face of the Iron Kingdoms, and rewrite history! 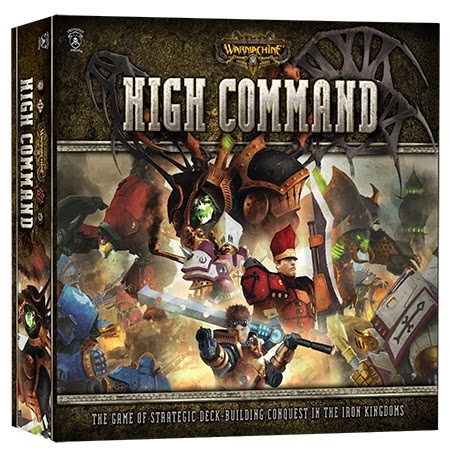 The fires of continent-spanning war engulf western Immoren, forging great leaders in a crucible of conflict. Bold commanders orchestrate grand strategies and daring battlefield tactics, their actions bringing glorious victory or the despair of final defeat. Do you have the courage and cunning to lead your forces to ultimate triumph? Take command and muster the military might of an entire nation to conquer the Iron Kingdoms!

WARMACHINE High Command is a deck-building card game for 2-4 players set in the steam-powered fantasy world of the Iron Kingdoms. This stand-alone game can be played with just the contents of this box or combined with other WARMACHINE High Command products for a customizable experience. Leverage your resources, rally your armies, and dominate your foes to set your banner above all of western Immoren!
Posted by ACD Distribution at 2:30 PM