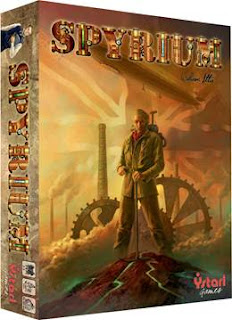 Based in an imaginary world where England has been transformed into a Steampunk atmosphere. Your goal? Build factories, using workers who produce a substance known as Spyrium. Producing Spyrium in one factory, then processing it in the next results in victory Points.

An alternative to producing Spyrium is buying it, however, players will need to work very hard to purchase the rare and expensive commodity. Only those who succeed from the beginning of the game to increase their income or workers will manage to offer the most lucrative factories will win! 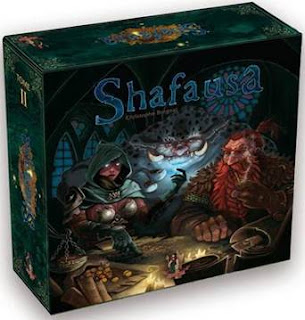 The Dwarves of Shafausa have discovered a vast underground cache of wealth and resources deep under the slopes of Mount Ego. This has created a commodities market in Helvetia.

Each player manages one of the native tribes of the land. Your tribe will begin with a starting building and a few coins. Over the course of each round you will collect resources, purchase new buildings, and improve your village. You will also need to ensure that all the resources are stored properly. Concluding the turn is the Speculation Phase where you can price fix, block purchases and to position yourself for the next round.

Can you negotiate, trade, and sell your goods to become the most profitable tribe in the land? 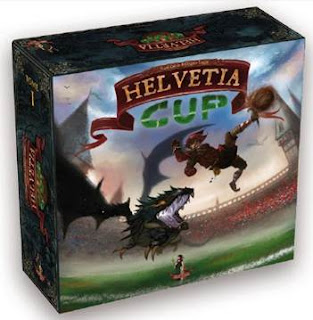 I’m your announcer, Chris Tontin, reporting live today for a glorious Helvetia Cup Final Match. Will this be the year that the Madmen finally win it all? I can assure you that the opposing team, the Dragons, have their focus on victory today. One thing is certain this is going to be a fantastic match of aerial football skill and coaching. Which team will be led to Helvetia Cup glory?

In Helvetia Cup you will take the roles of coach and players. On offense you will maneuver, dribble, pass and shoot around the defense in effort to score goals. The defense can tackle, put pressure, and steal the ball from the offense. These game play elements are a combination of planning and dice rolling, making even the most unlikely pass a success, or the open shot miss just wide.

Contains:
Full-color rules and quick-start guide
2 team kits (The Madmen and The Dragons)
18 miniatures (9 per team)
1 game board 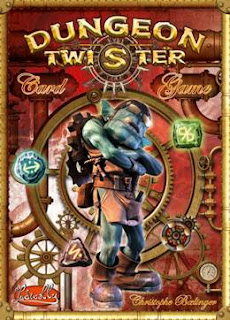 You awaken to find yourself in a torch lit room. Moments ago you were on duty for the princess at the royal banquet. What or who has brought you to this place? A quick check reveals your paladin armor and sword still intact. You notice the obviously dwarven crafted stone room and hear the faint clicking of mechanized contraptions.

Can it be true, are the legends of the Arch-Mage transporting unwilling participants to compete for survival in his maniacal clockwork dungeon possible? In the next room you see some rope and a key...but as you move toward them the room rotates, taking the items away. This is not going to be easy!

Players race to navigate the hazards of Dungeon Twister by using their action points each turn to move, rotate rooms, collect items, and combat opponents. This is a race to victory by surviving and escaping the dungeon first. 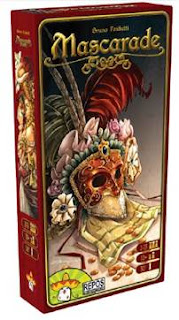 Attend a Mascarade of the renaissance and try to discover the identity of your opponents. Who is telling the truth? Who is bluffing? Reveal the truth all while hiding your own true identity!

The goal of the game is for players to gain the most gold pieces that they will amass either by telling the truth, or alternatively, bluffing. Players each receive a Character card, that they will switch, or not, with their opponents throughout the game play. At each turn, players have the option to either announce who there are, and therefore are able to activate the power of that Character, as long as none of the other players challenge them; to secretly look at their card; or to swap their card with another player. 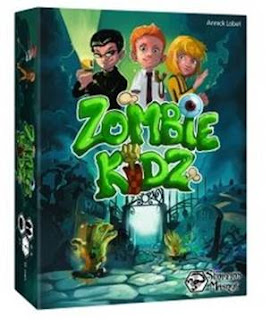 Zombies are moving into the cemetery close to your home, unfortunately, none of the parents believe you, so you decide to take matters into your own hands. In this cooperative children’s game, players work to stop the zombies from taking over the cemetery by either locking the gates or eliminating the zombies. 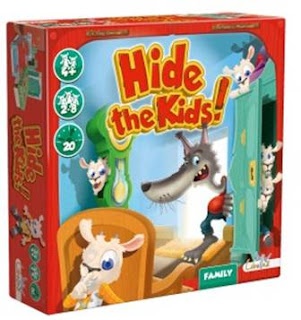 Hide the Kids! is based on the Grimm Brothers tale of The Wolf and the Seven Young Kids. The game has been adapted for young children and is an on-table version of the all-time children’s favorite game “Hide & Seek”.

Within the game one of the players is chosen to take on the role of the wolf (finger-puppet) and the others players take on the role of the kids. The wolf will turn around and slowly count to ten, during which time the “kids” quickly hide under or behind the furniture. At each turn, the wolf is permitted to uncover two pieces of furniture, if a Kid is discovered, the wolf wins a Kid token. The kids win Pebble tokens if they are not found and will win more tokens if there are hidden and remain undiscovered while in the clock or in the tub. The first player, wolf or kid, to collect 7 tokens wins. 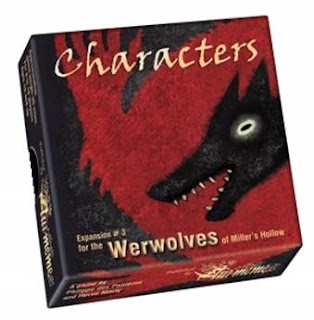 Many months have passed. The crops are tended, the livestock is healthy, new villagers have moved into town, everything is back to the way it was before. Until last night, under the pale light of the full moon, a howl in the distance pierced the crisp cool air. Players are assigned roles secretly to begin the game. some are werewolves that work together during the night phase to eliminate villagers but try to keep their identity unknown to avoid public execution during the day phase. the other players are Villagers, some with no special function, but others have special abilities to help the group track down the player Werewolves.

This is an expansion that will add greater variety and increased intrigue to your games of Werewolves of Miller’s Hollow. Requires base game.