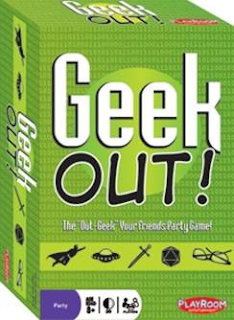 Geek Out! is the outrageous game that finds out once and for all which player is the most knowledgeable about your favorite pop culture subjects! In the game, you will draw cards asking you to list things which fall under a certain category. Before you begin, however, the other players may try to steal your points (and bragging rights!), by bidding to list even more than the card requires. The bidding continues until one player is ready to “out-geek” their friends. Will you Geek Out! over comic books, fantasy, games, science fiction and more? You don’t have to be a geek (but it helps!) to win this amazing social interaction and bluffing party game of geek lists! 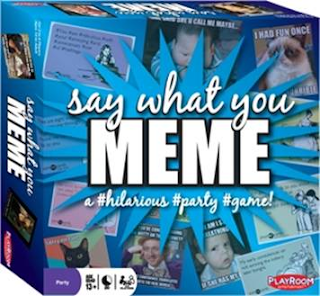 Say What You Meme is the hilarious new party game where you can create your own memes and choose which are the funniest! Just like the popular internet memes (pictures with hysterical sayings) that are found on Facebook, Twitter, Reddit and other social media sites, you can now join in on this pop culture phenomenon. In the game, players get the chance to try their hand at this 21st century art form, by combining hilarious images and witty text. It will be up to their opponents, though, to decide whose is the cleverest of them all! 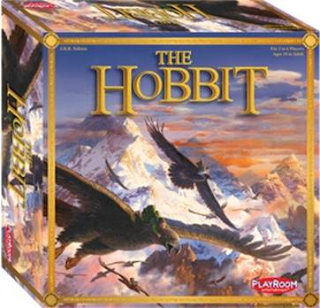 In The Hobbit Board Game, embark on a great adventure based on J.R.R. Tolkien’s legendary novel, The Hobbit. Try to safely navigate your way to the Lonely Mountain and reclaim all the treasure that the evil dragon Smaug is hiding... but beware - the treasure is fiercely guarded and must be won in battle! Will you trade your jewels for adventure points? Can you successfully answer the riddles or recite the songs? Do you have the courage to steal a jewel right from under Smaug’s nose? On this adventure you’ll travel through the Edge of the Wild, the Misty Mountains, the Carrock, Mirkwood, Long Lake, and finally confront the Desolation of Smaug. Each terrain will yield magical encounters and valuable treasure. All your wit, luck and skill will be tested. Are you up to the challenge to be crowned King Under the Mountain? This is the game that will entertain and enchant you time and time again! 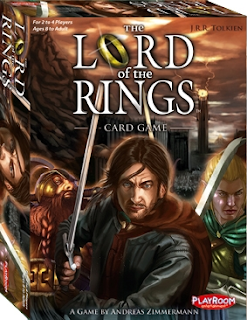 In The Lord of the Rings Card Game, battle on the side of Aragorn, Gandalf, Gimli, Legolas and other Companions from J.R.R. Tolkien’s The Lord of the Rings against the armies of Mordor. To defeat your enemies you must lay out Fellowships of Companion cards in front of you and send them into battle. While building your Fellowships, the eye of Sauron is always vigilant so you must beware a counter-attack. The Fellowship that defeats the greatest number of hordes from Mordor wins the game!

Posted by ACD Distribution at 2:15 PM

Email ThisBlogThis!Share to TwitterShare to FacebookShare to Pinterest
Labels: geek out, hobbit, lord of the rings, meme, playroom