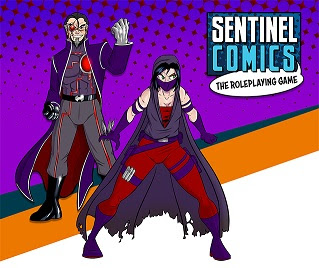 $19.95 SRP
In the Sentinel Comics Roleplaying Game, you and your friends play as comic-book heroes - either from the pages of
Sentinel Comics or from your own imagination! Join forces against terrible villains and fight in dangerous
environments, all in a tabletop roleplaying game!

The Sentinel Comics Roleplaying Game Starter Kit comes with everything you need to play your first entire
super-heroic campaign! This starter kit comes with a ton of information and gameplay content across thirteen
booklets.